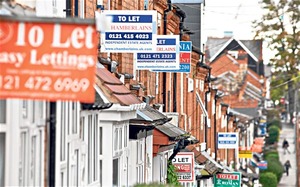 For the increasing number of people forced to hand over large sums of money in rent, Miliband is offering a genuinely radical alternative, writes James Bloodworth

Ed Miliband will today announce plans to cap excessive rent increases and give tenants greater security over tenancies. Having already pledged to build 200,000 new homes a year if Labour wins next year’s election, Miliband will today turn his attention to ‘generation rent’ – those who up to now have been left to the ravages of the market by succesive governments.

Rather than simply offering warm words, however, or the politician’s mantra that government must ‘do something about’ those struggling with high rents and rogue landlords, Miliband has a number of concrete (and radical) policy proposals which open up a clear gap between Labour and the coalition. If Labour wins the 2015 General Election, Miliband would:

Tenants would have a six-month probation period when they move into a property at the end of which a landlord could terminate the contract if the tenant fell foul of the probation. But provided everything went well, after the six months were up tenancies would automatically extend for a further two-and-a-half years.

The proposed rent cap would allow landlords to increase rents, but a limit tied to average market rents would be placed on rises; landlords would also be prevented from ending tenancies simply to put up rents.

A policy banning the fees tenants are charged by estate agents (sometimes up to £500) would ensure that people are no longer being ripped off before their tenancy even begins, often for dubious claims relating to ‘administrative costs’.

Importantly, today’s announcement opens up clear ground between Labour and the Tories on housing, and Tory scaremongering about ‘rent controls’ will likely fall flat at a time when many families are struggling to make ends meet. A report out last year found that average monthly rents in England and Wales will likely hit the £800 mark by 2015, a 21 per cent rise on 2010 rates. On average around 40 per cent of take home pay is now going on rent – this excludes the increasingly steep fees demanded by estate agents.

Unsustainable rents are also leading to social problems. Recent research by Demos found that 1 in 10 (9 per cent) people had experience of rent arrears, and that the emotional impact of rent arrears was as harmful as payday loans. Rent arrears are also not included in the government’s debt figures, which Demos calls Britain’s “£5bn of hidden debt”.

Critics of Miliband’s plan would do well to look at France, Spain, Ireland and Germany, all of which have long-term tenancies with predictable rents and none of which are slipping into the Marxist despotism of right-wing caricature. The policy around rent caps is also not entirely new: forms of rent control already exist in some parts of the country. There are an estimated 100,000 tenancies in the UK to which ‘fair rent’ rules apply, meaning private sector tenancies that began before 15 January 1989 have rent increases limited to an amount linked to the Retail Price Index (RPI).

As Robert Taylor of the Camden Federation of Private Tenants has pointed out, the system is “far from perfect” but “very effective” at protecting tenants against steep rent increases.

Right-wing critics will undoubtedly scoff at Miliband’s plans, but in doing so they risk falling into the same trap they fell into when Labour announced its energy price freeze, a policy that turned out to be incredibly popular with the public.

It’s easy to scoff at regulation of the rental market if you are a landlord or are lucky enough to own a home, but for the increasing number of people forced to hand over large sums of money each month for modest digs Miliband is offering a genuinely radical alternative.