Labour are set to pick up the most votes from Left Foot Forward readers in today's European elections, closely followed by the Green Party. 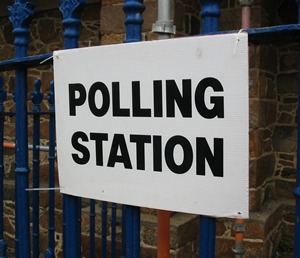 Labour is set to pick up the most votes from Left Foot Forward readers in today’s European elections, closely followed by the Green Party.

An exclusive poll for Left Foot Forward has 44 per cent of respondents saying they will vote Labour today, with 34 per cent saying they will opt for the Greens. In third place were the Liberal Democrats on 17 per cent, followed by UKIP with 5 per cent and the Conservatives on 1 per cent.

While perhaps predictable that Labour should win our poll, what’s surprising is how well the Greens and the Liberal Democrats have performed. The poll, carried out between 16 and 21 May, received 769 responses, with 343 of voters backing Labour. But receiving just 77 fewer votes were the Greens, on 266.

37 people opted for ‘other’, saying they would vote for one of the many groupuscules running.

This should perhaps concern Labour, as their message still appears not to be winning over many naturally left-of-centre voters – despite their recently announcing a raft of identifiably social democratic policies.

Considering the mud that’s been thrown at Nick Clegg over the past four years by the left (including by ourselves at times), the fact that the Lib Dems received almost a fifth of the votes cast is also a surprise, something which may relate to Clegg’s unapologetic defence of Europe, which has tended to sit well with our readers.

Similarly I would wager that Clegg’s recent debate with UKIP leader Nigel Farage has actually given him back a smidgen of credibility with some liberal-left voters. In the court of public opinion Clegg was supposed to have lost both of the debates, but among those who are pro-immigration as well as pro-European Union there appears to be a grudging respect for Clegg for putting his neck on the line for his beliefs – which is often more than can be said for the leaders of the other two major parties.

I suspect that, for all the doom-mongering, this will play out in today’s vote. The Lib Dems were expected to be all but wiped from the electoral map, but I suspect things won’t be as bad as originally forecast. Again, if you are passionately pro-European, of the three major parties there is really nowhere else to go.

This should concern Miliband if he is relying on disillusioned Lib Dems to win next year’s General Election. If so he needs to ensure his message is tailored to those who don’t feel the need to apologise for being pro-immigration and pro-Europe. Otherwise there is every chance that, despite the Lib Dem role in the coalition, some centre-left voters could drift back to Clegg’s party between now and next year.

Of course, our poll is unlikely to reflect today’s vote, which looks increasingly likely to go UKIP’s way, but it does offer an interesting glimpse into how the left will vote. And this should make Labour uneasy, for it seems clear that, despite recent offerings such as a rent cap, the energy price freeze and a minimum wage linked to average earnings, Miliband is yet to convince many who should be natural allies.