The likes of Atos and Capita could soon get their hands on child protetection. 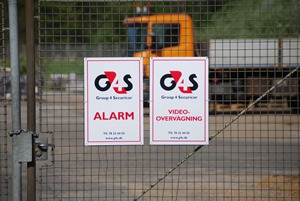 Michael Gove’s proposal to delegate child protection is clearly not based on compassion for the country’s most vulnerable children or a desire to support the social workers whose job it is to protect them from neglect and abuse.

It seems more likely to be motivated by the government’s stated commitment in its consultation document to a ‘global race’ in which we tender out crucial and world-beating public services to the lowest bidder in the hope of a permanently ‘leaner state’.

The weekend before last, a who’s who of social work academics wrote to the Guardian to warn how disastrous the privatisation of child protection services would be. Eileen Munroe, author of a seminal review of child protection in 2012, is unequivocal about what she thinks: “It’s a bad idea”.

Having originally commissioned and supported the findings of her report, the government has unmoored itself from Eileen Munroe’s work in the time since.

To try and guess where Gove’s department is headed with this, we need only remind ourselves of the coalition’s record. They have backtracked on commitments to the NHS and to early intervention programmes, gutted local budgets, and green-lighted G4S and Serco to bid for more government contracts despite serial failure and fraud.

Children and families minister Edward Timpson, responding to a deluge of concerns about the proposal, stressed the role that social enterprises and voluntary organisations could play in child protection: “An independent organisation, a charity or a mutual” could do it.

Conspicuous by its absence was any mention of the much larger companies, the likes of Virgin Care or Care UK, Serco or G4S, to whom the proposal does not bar entry. The clarification, which neglects to mention this and presents smaller, socially motivated enterprises as the government’s ideal business partners is not reassuring.

Before local authority budgets for intervention in problems like mental health, substance abuse and early pregnancy were skimmed off to pay for headline-winning pet projects, councils were told they could keep services like elderly care homes and Sure Start centres open should they want to. No one was forcing them to close services, they would just have to ‘do more with less’ funding.

Councils are now getting the same message on the issue of child protection, only turned inside-out.

No one will force them to delegate the difficult and costly responsibility of taking children into care, but they could contract it out to the lowest bidder, save themselves money and free up their budgets should they want to. The consultation does not say that third party providers have to be qualified social workers – so this may be a case of saving money today with a greater cost for tomorrow.

It doesn’t take a wild leap of imagination to guess that some councils might contract out, and surely, whatever is said now about their inexperience or unsuitability for the job, the likes of Atos and Capita would want to get their hands on the profit that can be harvested from ‘naughty children’. Our polling certainly suggests the public wouldn’t put it past them.

Outsourcing can turn the issue of accountability into a grey area, to say the least. The second line of reassurance from Gove’s department is that Ofsted will inspect any outfit – charity, public or private – involved in carrying out statutory duties.

This sounds like a step in the right direction until one considers how inspections elsewhere diverge wildly with reality.

Moreover, clause 52 of Oliver Letwin’s deregulation bill would remove the need for Ofsted to keep a register of who was providing child protection services.

When this kind of information is missing the results are dismal and chaotic.

Councils like Brighton, Essex and Barnet were outsourcing care services early in the coalition’s term. Here you can hear how it’s going in Barnet, where disability services were privatised, from care workers facing a 10 per cent pay cut. Their words give a clear indication of where Gove’s plan could lead.

Children England has started a petition to ensure that the gravely serious statutory power to take children into care is not exposed to cut-throat and erratic market forces. You can sign it here.

In a sign of how murky and rushed this proposal is, you have until this Friday to share your thoughts on the Department for Education’s online consultation. Please have your say.

Edgar Smith writes for We Own It