Left Foot Forward editor James Bloodworth has come up with three things which parliament must consider in light of the latest scandal around MPs and their expenses. 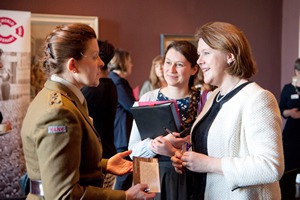 The scandal around Maria Miller’s expenses claims rumbles on, with 69 per cent of Conservative supporters now saying that Maria Miller should resign. Whether she stays or she goes, however, the issue of the culture secretary’s expenses claims (and subsequent curt apology) has thrown a light once again on the political system – as well as public antipathy towards it.

On a more positive note, it’s also provided space for a few pressing policy-related arguments; and I’ve come up with three things which I think parliament should now look at in light of the latest scandal around MPs and their expenses.

Either take away the power of the Standards Committee to rule on MPs expenses or grant lay members the same voting rights as MPs, as suggested by Kevin Barron the body’s Labour MP. MPs should not be policing their own expenses claims, and the fact that they appear still to be doing so will only add to public cynicism about our elected representatives.

The Parliamentary Commissioner for Standards had initially asked culture secretary Maria Miller to repay £45,000 expenses claimed on a five-bedroom house that was sold at a profit of £1 million. However the Standards Committee overruled the watchdog, and reduced the amount Miller should pay to £5,800. The committee consists of 10 MPs and three lay members, but only MPs get a vote. MPs are still voting on their own peers’ expenses claims, in other words.

2) Bring in a genuine right to recall

As Tory MP Zac Goldsmith has pointed out, we already have an independent body uniquely qualified to pass judgement on MPs: it’s called the electorate. If a seismic scandal results in a majority of constituents losing confidence in their MP they should have a right to remove the MP in question sooner rather than later. They should not have to wait one, two, even perhaps five years until a General Election to do so.

The Conservative 2010 manifesto as well as the coalition document included commitments to introduce the right to recall MPs, yet the government appears to have kicked the issue into the long grass. The Maria Miller scandal demonstrates once more the need for greater MP accountability to the electorate.

3) Forget about politicians regulating the press

Last week the Daily Telegraph released an audio recording of Maria Miller’s special adviser implying that a reporter should back off from an investigation into the culture secretary’s expenses because (nod, wink) she would be the MP that would be deciding on the future of the free press.

“I should just flag up as well, while you’re on it that when she doorstepped him, she got Maria’s father, who’s just had a [removed] and come out of [removed]. And Maria has obviously been having quite a lot of editors’ meetings around Leveson at the moment. So I am just going to flag up that connection for you to think about.”

Labour MP John Mann was clear about what was going on in the above conversation:

“People reading these letters will see that the culture secretary was trying to use political influence to affect the outcome of this investigation and, for this reason, is no longer fit to have responsibility to ensure a free press.”

The implied threat from Miller’s special adviser was obvious, and should now act as a warning to those who are still relaxed about the prospect of politicians overseeing the press in Britain in a way that allows them to lean on journalists when they read something they don’t like.