The energy package today should be welcomed even if the chancellor is just unwinding his own flawed policy. 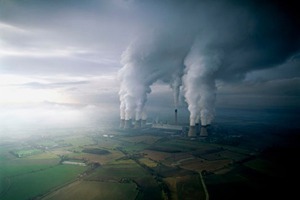 George Osborne is absolutely right to cap the Carbon Price Floor, a flawed coalition policy which he introduced three years ago.

Some environmentalists may be concerned that, as in the Autumn Statement, the chancellor is aiming his sights on ‘green crap’, but this policy was good old fashioned ‘brown crap’ which did little to reduce carbon emissions and a lot to harm British industry.

The policy has made electricity more expensive in the UK than it is in continental Europe by imposing a top-up payment above and beyond the (currently low) price of the EU’s Emissions Trading Scheme. This was around £16 per tonne this year and was expected to rise to £30 in 2020 and £70 in 2030.

Energy intensive industries like steel, ceramics, paper and pulp, and glass have been terrified about the loss of competitiveness that the upward trajectory would have caused. Consumers would have been hit too since the costs would have been passed on by business.

And far from cutting emissions, the flawed Floor would have forced production of energy intensive goods from the UK to countries like Germany and Holland with jobs lost in the process.

There are, however, three problems with the chancellor’s announcement today.

First, with the EU carbon price still at rock bottom, there is little incentive for innovation in low carbon goods and services. David Cameron has an opportunity at the European Council tomorrow to argue for meaningful reform of the ETS. The European Commission seems content to do nothing until the 2020s and Cameron should call for more urgent action.

Britain like Germany has seen an increase in the share of electricity produced from coal in recent years and this looks set to continue. Existing coal-fired power stations may even judge it cost-effective to comply with expensive EU rules which restrict emissions of sulphur dioxide and nitrogen oxides but do little to prevent the emission of carbon dioxide.

If the government is serious about preventing coal pollution, they need a new policy such as an Emissions Performance Standard to address it. Unfortunately they voted down an amendment to the 2013 Energy Act which would have done precisely that.

Third, freezing the carbon price floor may well have a knock on impact on the Levy Control Framework which is the pot of cash available for renewables and nuclear. The government’s new subsidy regime, known as Contracts for Difference, guarantee low carbon generators a particular price for a megawatt hour of electricity. If the market price falls due to a cut in the CPF, the government will have to pay more.

The Budget document makes clear that the “buying power of the LCF will be unaffected” by the energy package. But others disagree. PricewaterhouseCoopers have said that the pot could run out by 2017. Even if they are overly pessimistic, the margin for error will certainly be squeezed.

This could result in lower investment or more unpopular charges on energy bills.

The energy package today should be welcomed even if the chancellor is just unwinding his own flawed policy. But the move has created a new set of problems which any government wanting to be judged the ‘greenest ever’ must address.