As long as the public cannot see justice being properly exercised in the wake of evidence of police misconduct, then trust will need to be earned, rather than assumed. 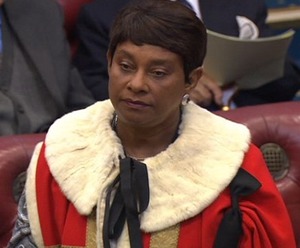 What connects a murdered black teenager, a vulnerable man unlawfully killed on the streets of London, football supporters killed in a stadium disaster and a Tory chief whip?

Police misconduct has been implicated in all of these examples, and in the case of the investigation into her son’s death, Doreen Lawrence has recently issued a blanket statement claiming that you cannot trust the police.

Following the recent publication of the Ellison report, alleging further corruption by the police during the investigation of Stephen Lawrence’s murder in 1993, his father Neville Lawrence acknowledged that the family’s fight for justice is continuing.

Lack of trust in the police can often be seen as a problem for black people, and dismissed as people having a chip on their shoulders. But those failed by the police include victims of domestic violence who do not trust police to respond to their needs, people in custody with mental health problems such as Sean Rigg, and the victims of homophobic crimes.

From football fans, to those holding the highest office like Andrew Mitchell, everyone is a potential victim of police misconduct. Mitchell’s case prompted a universal cry of ‘join the club’ from the countless stop and search victims, and others who had shared his experience, and far worse, for decades.

No one wants to believe we cannot trust the police, because public confidence and trust in the police is an essential foundation of civil society, justice, and equality.

The importance of this need to believe and trust the police is so strong that even in the face of evidence to the contrary, public trust in the police remains strong.

Recent evidence suggests that the police remain among the most trusted profession, and even in Andrew Mitchell’s case, when holes started to appear in the police claims, public belief in their version of events remained largely unchanged.

We do have to trust the police, but are in the uncomfortable position of knowing that we cannot fully do so. For this reason, many people also prefer to believe the ‘bad apples’ notion of individual culpability rather than institutional failings.

As long as the public cannot see justice being properly exercised in the wake of evidence of police misconduct, then trust will need to be earned, rather than assumed.

3 Responses to “Can anyone still trust the police?”