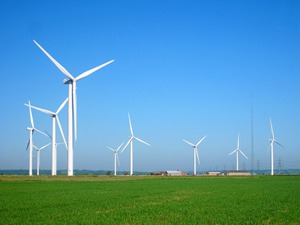 Their opposition to turbines is largely ideological: they don’t accept the science of man-made climate change and oppose all measures to combat it.

And yet they must couch that opposition in the language of reason, for a most people accept that climate change is real and that it is caused by human behaviour. They will therefore attack turbines for their purported aesthetic qualities (or lack of), the noise they make and their supposed inefficiency.

A case in point is the length of time that wind turbines are said to last – as little as 12 years according to critics. As the Mail gleefully reported last year:

“Wind farms have just half the useful lifespan which has been claimed, according to new research which found they start to wear out after just 12 years.”

However new research published this week by Imperial College Business School has rubbished this argument. The research, which analysed 4,246 wind turbines using local wind speed data from NASA, showed turbines will last their full life of around 25 years before they need to be upgraded.

The study found that even turbines built in the 1990s are still producing three-quarters of their original output after 19 years of operation; and researchers say tht turbines will continue to operate effectively for up to 25 years.

Speaking to Business Green, co-author of the study and head of the Department of Management at Imperial College Professor Richard Green said the study gave a “thumbs up to the technology and shows that renewable energy is an asset for the long-term”.

The study measured the wind speed at the exact site of each onshore wind farm in the UK using data collected by NASA over a 20-year period. The data was then compared with actual recorded output data from each farm and developed a formula that enabled researchers to calculate how wear and tear on the machinery impacted the performance of the turbines.

As Business Green reports, the previous study, by contrast, only used the average estimates of nationwide wind speeds to determine the effects of wear and tear on wind farm infrastructure.

Just like the climate change deniers, the anti-wind turbine brigade are relying on spurious evidence for their claims.