Today’s labour market statistics were broadly positive but there are causes for concern beneath the headlines. 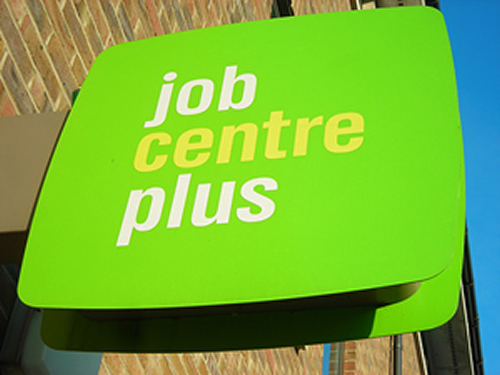 Today’s labour market statistics were, as in previous months, broadly positive but with some causes for concern beneath the headlines.

Employment rose by 193,000 whilst the unemployment rate fell from 7.6 per cent to 7.2 per cent. The fall in unemployment has caused some confusion given that unemployment was reported at 7.1 per cent last month.

The reason for this is that Office for National Statistics calculates unemployment on a rolling three month basis, so today’s figures for October-December 2013 should be compared with the previous three months (July-September 2013) rather than the figures out last month (which cover September-November 2012).

As ONS pointed out this morning:

“The main conclusion that should be drawn from these latest figures is that the rate at which unemployment has been falling is likely to have slowed down.”

Unemployment is down and employment up whilst long term and youth unemployment also both fell. All of which is to be welcomed; but today’s figures were not entirely good news.

Wage growth picked up from 0.9 per cent to 1.1 per cent but remains well below inflation and so real wages continue to fall – this is the longest continuous fall on record.

Whilst this may reflect a sudden burst of entrepreneurial zeal, falling earnings for the self-employed suggest that in many cases it does not.

The regional picture was better than in recent months with unemployment falling in every region and nation of the UK except the South West and Northern Ireland, which both saw a 0.1 percentage point rise in the rate.

Job creation by contrast was more concentrated, with almost 50 per cent of all the net growth in employment being in either London or the South East. Over 2013 as a whole 47 per cent of all net jobs growth was in these two regions.

Overall, there was been broad improvement in both employment and unemployment in recent months, although the pace of that improvement seems to have slowed.

Today’s figures also offer a glimmer of hope on productivity. In the fourth quarter of last year GDP grew by 0.7 per cent, but the total number of hours worked in the economy grew by just 0.4 per cent – this suggests that output per hour grew. However productivity is still around 5 per cent below its level of five years ago and around 15 per cent below the pre-recession trend. As I noted last month, in the longer term the productivity problem is one of the key challenges faced by the UK economy.

The Bank of England will find plenty of reasons in today’s numbers to continue to argue that there is a large amount of slack in the labour market. Whilst wage growth has picked up it remains historically weak, under-employment despite a very gradual fall remains highly elevated and unemployment is well above pre-recession levels.

Following today’s numbers it is worth stepping back and asking what a ‘real recovery’ in the labour market would look like.

In short unemployment would be back to pre-recession levels, under employed would be roughly half what it is today, wage growth would be back to the pre-crisis norm of 4 per cent rather than just 1.1 per cent, output per hour would be growing at around 0.5/0.6 per cent a quarter and the employment rate (the percentage of the work force in work) would be almost 1 percentage point higher.

Even once these benchmarks are reached, it will take a long time to make up lost ground in terms of squeezed real wages and lower living standards.

Today’s numbers suggest that whilst there are optimistic signs in the labour market, things are still a long way from normal.

One Response to “Hopeful signs in the labour market, but things remain a long way from normal”