Capitalism's legitimacy will disintegrate if a tiny elite are allowed to capture the rewards of growth for themselves. 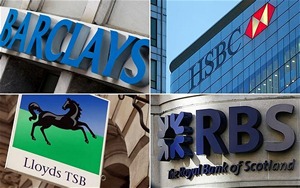 In a Guardian webchat a couple of weeks ago, RBS CEO Ross McEwan described himself as being ‘pragmatic’ with regard to pay for top bankers. He told the paper that “we would be in danger of losing some of our most skilled investment bankers if we didn’t pay the market rates”.

Hard-working families up and down the country struggling to heat their homes and feed their families, essentially guaranteeing the seven-figure bonuses of investment bankers through their taxes, are apparently a necessary function of market economics. It is difficult to think of anything that makes Socialism sound more appealing.

The more far-sighted representatives of corporate interests recognise this. The Institute of Directors (IoD) said yesterday that RBS “must move away from the high-bonus culture that still lingers in the British banking sector, and move towards becoming an organisation trusted by its customers and respected by its shareholders”.

Capitalism depends on popular legitimacy to sustain itself. That will quickly disintegrate if a tiny elite – most of whom have enjoyed untold advantages in life – are able to use their economic power to capture the rewards of the economy for themselves while ordinary people’s share of collective wealth is steadily eroded.

At times interventions are required to prevent this from happening such as higher tax rates or the EU bonus cap. The financial services industry’s response to the bonus cap reveals a great deal about whose interests the big banks are run in. Their chief argument is that the cap will not apply to rivals from outside the EU, who will be able to poach their top staff.

Leaving aside the very spurious argument about the ‘talent’ of the individuals in question and the apparent impossibility of training anyone up to replace (the UK is currently working to increase the number of people taking Science, engineering and mathematics degrees – it seems we can train more people capable of building a Hadron collider, but not of taking a punt on the walnut futures market) this still raises questions about the banks approach.

It would make as much sense to call for a worldwide extension of the bonus cap as to attempt to circumvent it or call for its abolition if the argument about the market for talent was true.

Following the banks’ logic, there is a finite pool of people capable of generating profits for them, and each individual bank needs to attract as many of these people as possible. This means outbidding rivals with lucrative rewards for successful investors and deal-makers, inevitably leading to pay across the industry spiralling upwards, eating up an ever increasing proportion of the banks’ revenues.

Perhaps the best parallel of RBS’s imagined predicament can be found in another debt-ridden, under-performing national institution famed for its overpaid staff – the Manchester United Football Club.

The ‘Red Devils’ recently awarded Wayne Rooney a £300,000-a-week contract in order to retain the service of a leading player. But the effect of this will only be to increase the going rate for the star players at rivals clubs. The fans pay more for tickets and polyester merchandise to cover the increased costs;  the clubs struggle to invest in training and development facilities; but the existing footballing order remains largely undisturbed, with the only beneficiaries being Rooney and his ilk.

Football has at least responded with the ‘Financial Fair Play’ initiative designed to cap expenditure on players wages, which most clubs have welcomed as a great help to sustaining themselves into the future.

As such, it is difficult to find explanation for the industry’s lukewarm enthusiasm for their own version of ‘financial fair play’ other than that the banks are using their political influence to defend the narrow interests of their highest-paid employees rather than the company – or economy – as a whole.