It's high time we reformed the production of medications. 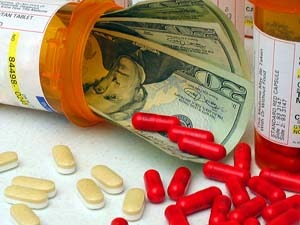 “We did not develop this medicine for Indians. We developed it for western patients who can afford it”, declared Marjin Dekkers, CEO of Bayer, one of the companies we rely on to produce the world’s pharmaceuticals.

The drug in question is a potentially life-saving cancer drug named Nexavar, which is currently at the heart of debate in India.

The medication was originally patented by Bayer, but the Indian government, noticing that the price of Bayer’s drug was over forty times the cost of a generic version of the same drug, has awarded a ‘compulsory licence’ to another company, Natco, allowing them to also produce the drug.

Pharmaceutical leaders have reacted angrily, but the drug will soon be available at a 97 per cent discounted price, making essential cancer treatment affordable to many Indian patients for the first time.

The world’s poorest communities are repeatedly denied medicines not because they cost too much to produce, but because their manufacturers relentlessly seek profit. This case serves to highlight the pharmaceutical industry’s unethical practice of valuing profit above patients in need of medications.

Placing the emphasis of drug production on profit also strongly influences the diseases that scientists work on. Despite ‘neglected diseases’ accounting for 11 per cent of global disease, the drive for profit means that only 1.4 per cent of clinical studies is dedicated to them. Poorer patients are not only less likely to afford treatments, but the treatments themselves are less likely to exist.

Yet this isn’t the only way that the pursuit of profit harms drug production. Repeated scandals have revealed how medical evidence is ruthlessly hidden in order to brand medications as more effective, or safer, than they actually are.

In recent years, pharmaceutical companies have found to be hiding the fact their drugs are capable of causing cancer and increasing the risk of suicide. Moreover, organisations often exclusively publish evidence which supports their products – in 2010, it was found that Pfizer had hidden the results of six trials in favour of a single one which suggested their antidepressant drug was effective.

Later analyses found the drug to be both ineffective and potentially harmful. Since companies aren’t obliged to publish the results of their research, we have no idea how widespread this deceit and deception is. When financial concerns are so obviously valued above ethical ones, such an outcome is to be expected.

More insulting is the assertion that there is no solution to this chronic problem. We’re told that money is the only valid motivator of scientific discoveries; the incentive of doing good is rendered ineffective, and instead replaced with the unrelenting desire for profit.

But we needn’t rely on wealth to encourage people to research life-saving treatments. Jonas Salk, who discovered the first Polio vaccine, refused to have his drug commercialised. ‘There is no patent, could you patent the sun?’ he replied, when asked who owned the rights to his medication. Salk’s wish for pharmaceuticals to benefit people instead of profit may seem idealistic, but the US has been Polio-free since 1979 and the disease has now almost been eradicated worldwide.

Although the profit-driven pharmaceutical industry aims to promote innovation, there is substantial evidence that money doesn’t act as an effective motivator of intellectual work. Studies have shown that in tasks requiring cognition or creativity (exactly the type of skills needed for scientific breakthroughs), the use of money as a reward led to participants being less likely to perform well.

It is thought that this is a result of a psychological mechanism termed the over-justification effect, which states that external rewards (such as wealth) remove the focus from internal incentives, making success less likely. Further research from the LSE supports the claim that financial reward may not be the most productive way to incentivise intellectual work.

Therefore, not only is the assertion that science relies on financial motivation false, a profit-driven pharmaceutical industry may even be having a detrimental impact on the success of medical research.

Researchers and industry experts are becoming increasingly disillusioned with the current situation, instead promoting non-profit organisations tasked with providing an alternative to profit-driven pharmaceutical production. One such collaboration, the Drugs for Neglected Diseases initiative (DNDi) aims to develop new treatments for underfunded, widespread diseases.

And it’s succeeding – the organisation has already discovered effective medications to treat malaria and sleeping sickness.

Greater government funding for medical research could also weaken the structural inequality that the pharmaceutical industry perpetuates, since emphasis could be placed on treating harmful diseases, regardless of whether they are profitable.

The Health Impact Fund, a US-based organisation, offers further suggestions, proposing that medications should be rewarded by governments and contributors based on their evidence-based contribution to global health.

Such a system would value scientific discoveries because they effectively treat humans in need of medical help, not just because they elicit profits from wealthy patients.

Regardless of which route is taken, it is clear that there is substantial interest in reforming the production of medications. Pharmaceutical leaders might believe that it’s acceptable to produce drugs for exclusively wealthy patients, but researchers, patients and governments are rapidly realising the true cost of an industry that focuses primarily on accumulating wealth before targeting disease.