Tories in Europe are hampering attempts to tackle FGM. 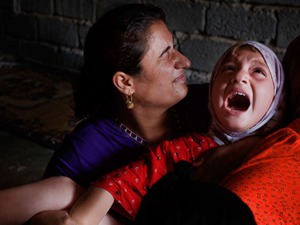 The Guardian launched a petition to the government calling, in particular, on Michael Gove to write to all head teachers spreading awareness of FGM among pupils and parents.

The open letter, which received 100,000 signatures in the first 24 hours, is part of the ‘End FGM’ campaign, and prompted the Department for Education to promise “clearer, simpler” guidelines on the issue.

Home Office minister Norman Baker also used the occasion to announce plans to “defeat this appalling practice once and for all”, promising a formal study and additional funding for a helpline. And at the Strasbourg plenary, European Parliament members of all parties voted through, by a show of hands, a resolution to end the horror of FGM across member states.

These are signs, one would assume, of a cross-party consensus on the issue – that left and right are willing to work together.

But just a couple of months ago Conservatives in Europe’s stance on the issue of FGM was considerably less clear. Tory MEPs twice voted down Edite Estrela’s Report on Sexual and Reproductive Health and Rights in the European Parliament, which included a range of steps designed to protect the sexual rights of women and LGBT people.

The measures within the Estrela report were things with which most sensible people could surely agree.

As well as calling for FGM to be designated as a human rights violation, it looked to outlaw forced sterilisation, gender – and sexuality-motivated bullying, and laws that stigmatise those living with HIV. It called on member states to facilitate safe access to STI treatment, non-discriminatory sex education, and safeguards ensuring women who become pregnant as a result of rape have access to abortion.

Yet in October of last year when the report went to the Parliament, many Conservative MEPs sided with Nick Griffin’s BNP in order to obstruct it, setting themselves to the right even of UKIP (who abstained).

Less than two months later they also succeeded in blocking the report altogether at the second attempt. They voted with a coalition of right-wing factions to sabotage the already watered-down proposals, on the grounds that the Estrela report represented an attack on national sovereignty.

A combination of virulent Euroscepticism and relentless lobbying by religious groups made sure that a pan-European solution to FGM could not go through.

Because anti-European feeling is so strong among those on the right, Conservative MEPs feel at liberty to indulge their most reactionary instincts when voting in the European Parliament.

This is not just the case on women’s rights, but also on issues like the environment, where many Conservatives have blocked perfectly reasonable proposals – such as the EU Emissions Trading Scheme – for no good reason other than dogma and sheer bloody-mindedness.

Thanks to this mindset the horrors of FGM go on. A paper by the European Institute for Gender Equality gives us an idea of its scale: according to 2011 numbers, the UK has Europe’s fourth highest level of asylum claims from women in FGM practising countries, and has an estimated 65,000 FGM victims.

Across the EU there are thought to be half a million women who have been subjected to this appalling issue.

Added to this, it is extremely difficult to get meaningful data on this most intimate of crimes. Convictions are terrifyingly rare.

This makes it all the more important that we get a clear and unequivocal consensus on the issue, and that we hold to account those who attempt to block progress. FGM is a challenging enough problem to overcome without Conservative MEPs using it as a political vent.

Mary Honeyball is MEP for London and Labour spokesperson for women in Europe.She sits on the Women’s Rights and Gender Equality Committee in Europe