The resurrection of 1980s style Enterprise Zones is proving to be a new embarrassment for the government. 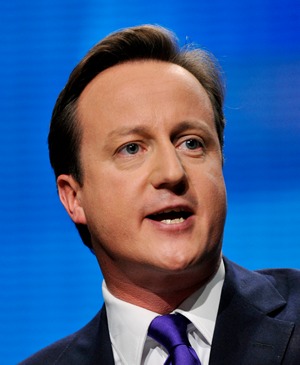 Another Tory employment flagship employment policy – the resurrection of 1980s style ‘Enterprise Zones’ – is proving to be a new embarrassment for the government.

In March 2011, Cameron announced the creation of 24 Enterprise Zones, based on the 1980s model, which was introduced by Margaret Thatcher in an effort to mask growing unemployment.

Unions warned that Enterprise Zones had been a failure in the 1980s, with few of the new companies remaining in existence after a short-term boom. They also warned that the Zones sucked out employment from other localities as employers took the opportunity to re-locate to the low cost sites.

A study of the 1980s schemes by Andrew Sissons with Chris Brown for The Work Foundation showed that 80 per cent of jobs in the 1980s Enterprise Zones were taken from other places and that they did little to promote lasting economic prosperity.

Sissons’ report said the jobs created a ‘short-term boom’ followed by a ‘reversal back into depression’. It also found that they were hugely expensive. In the 1980s, Enterprise Zones cost at least £23,000 per new job they created.

The DCLG is refusing to say which zones are performing well or badly hiding behind ‘commercial confidentiality’.

However, according an investigation by Jim Pickard and Brian Groom of the Financial Times, six of the zones produced 10 jobs or fewer in the last financial year.

According to the FT 3,080 jobs were created in 2012 – 2013, some 75 per cent of these were concentrated in just seven of the zones and out of 175 sites which make up the 24 zones, only half are ‘likely’ to see development activity even begin by 2015, according to the National Audit Office.

As the FT states:

“The news will be a damper to growing confidence within government that Britain’s economic recovery is feeding through to jobs.”

Among the worst examples are Nottingham, where at the redevelopment of the former Boots site building work will not be finished until the end of 2014 and Harlow Enterprise Zone had no tenants.

Unite has argued that the creation of decent, long-term skilled jobs will not come through short-term, quick fix initiatives such as Enterprise Zones. We need a strategic manufacturing strategy to boost growth and re-balance the economy as Unite is proposing.