Nelson Mandela: A life in quotes 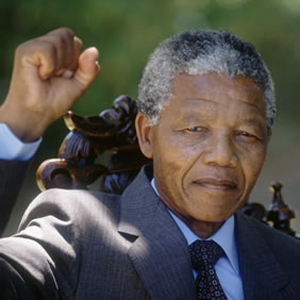 A life in quotes

1. “When a man is denied the right to live the life he believes in, he has no choice but to become an outlaw.”

2. “A good head and good heart are always a formidable combination. But when you add to that a literate tongue or pen, then you have something very special.”

3. “For to be free is not merely to cast off one’s chains, but to live in a way that respects and enhances the freedom of others.”

4. “No one is born hating another person because of the color of his skin, or his background, or his religion. People must learn to hate, and if they can learn to hate, they can be taught to love, for love comes more naturally to the human heart than its opposite.”

5. “It is said that no one truly knows a nation until one has been inside its jails. A nation should not be judged by how it treats its highest citizens, but its lowest ones.”

6. “Overcoming poverty is not a task of charity, it is an act of justice. Like Slavery and Apartheid, poverty is not natural. It is man-made and it can be overcome and eradicated by the actions of human beings. Sometimes it falls on a generation to be great. You can be that great generation. Let your greatness blossom.”

7. “During my lifetime I have dedicated myself to this struggle of the African people. I have fought against white domination, and I have fought against black domination. I have cherished the ideal of a democratic and free society in which all persons live together in harmony and with equal opportunities. It is an ideal which I hope to live for and to achieve. But if needs be, it is an ideal for which I am prepared to die.”

8. “I had no epiphany, no singular revelation, no moment of truth, but a steady accumulation of a thousand slights, a thousand indignities and a thousand unremembered moments produced in me an anger, a rebelliousness, a desire to fight the system that imprisoned my people. There was no particular day on which I said, Henceforth I will devote myself to the liberation of my people; instead, I simply found myself doing so, and could not do otherwise.”

9. “I learned that courage was not the absence of fear, but the triumph over it. The brave man is not he who does not feel afraid, but he who conquers that fear.”

10. “Education is the most powerful weapon which you can use to change the world.”

2 Responses to “Nelson Mandela: A Life in quotes”