Mass surveillance of innocent citizens, both by the US and by our own government, is a concerning development. And yet there seems to be little debate in the UK. 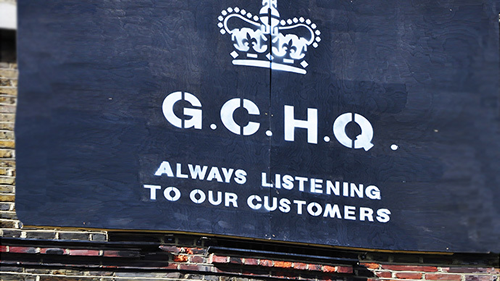 On 17 December the Labour Campaign for Human Rights will hold a public event bringing together leading figures from the Labour Party and civil society to discuss whether UK surveillance goes too far.

In light of the disturbing revelations about mass spying revealed by Edward Snowden and the Guardian, we want to encourage Labour MPs and members to have an open debate about how to strike the right balance between protecting our security and defending our right to privacy.

The Guardian has revealed that Britain’s communications spying agency, GCHQ, operates a programme known as Tempora that collects and stores the personal internet data of millions of people. This includes the content of email messages, messages on facebook, and web browsing history.

This harvesting of data is entirely indiscriminate; the vast majority of it belongs to innocent people, including UK citizens. Disturbingly, Parliament did not even seem to know this was happening and certainly never voted to authorise it.

Just last week we also discovered that our government has agreed a deal with the United States to allow the NSA, America’s communications spying agency, to collect and store the private information of Britons. This includes phone and email records, and social media messages.

Until now it was believed that UK citizens were protected from American surveillance, but it seems US spies have long had access to records of our online conversations and other personal data. Using a method known as ‘contact-chaining’, the NSA is able to gain access to the data of people up to ‘three hops’ away from someone suspected of criminal or terrorist activity – a friend of a friend of a friend.

The Guardian claims this alone could allow for spying on up to five million people.

We believe mass surveillance of innocent citizens, both by the US and by our own government, is a concerning development.

And yet there seems to be little debate in the UK. Only a handful of MPs have attempted to draw attention to the issue. While bills that would shut down American mass data surveillance for good are being debated in the US Congress, the British Parliament has fallen silent.

We need to have a conversation and decide whether we think this sort of spying is right for our society. In a democracy, no government policy should be immune from the scrutiny of the citizens it represents.

Several Labour MPs have shown real courage by speaking out on this issue. Both Tom Watson and Katy Clark, for example, have called on Parliament to consider reviewing the laws governing surveillance.

Meanwhile, though, the Tories have threatened to prevent the Guardian from revealing any more information about GCHQ’s secretive spying operation and have accused the newspaper of endangering national security.

We are proud that Labour MPs are on the side of free and open debate, rather than threatening freedom of the press. We encourage all to join us next month as we take that debate forward.

If you would like to attend our event, please RSVP to [email protected]