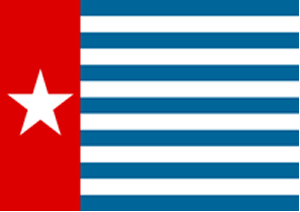 A great tragedy of the break-up of European colonial empires was clumsy partitioning, with little or no regard to ethnic, linguistic or cultural divisions. This was scarcely more evident than with the abuses seen in the Indonesian territory of West Papua

In order to fully understand the issues facing the region, one must understand its background. Prior to its succession, what is today known as West Papua was a Dutch colonial possession (Netherlands New Guinea) constituting part of the Dutch East Indies.

In a tale that was repeated throughout the colonial world, Indonesian nationalists sought secession from foreign rule and, following armed and diplomatic struggle, achieved independence in 1950.

Crucially, however, the secessionists claimed sovereignty over all of the Netherlands’ former possessions, including areas in which Muslim Javanese and Sundanese (the two ethnic groups most represented in Indonesian society), such as Timor and West Papua.

In 1961, President Sukarno reasserted this claim and, under the guise of combating ‘Western Imperialism’, led an invasion of the territory in 1962. The indigenous Melanesians, who have inhabited the island for over 45,000 years, have long resented being ruled from Jakarta, signified by a decades long insurgency under the separatist Free West Papua Movement.

In response (or perhaps as an excuse), the Indonesian government has taken several highly controversial measures to quash any autonomist sentiments. These include:

These policies continue to this day, with little resistance from both the international community and human rights organisations.

An explanation for this could be the aforementioned ban on the entrance of journalists and activists. This trend has, however, slowly begun to change.

Although largely symbolic, with officials undecided on precisely who would represent the Papuan people, it is among the first movements of its kind in recognising the Papuan right to home rule.

Away from the field of international politics, the Free West Papua Campaign – an NGO that is exclusively devoted to self-determination for the Papuan people (note it is unrelated, at least officially, to the militant group Free West Papua Movement) – has also gained traction.

Indeed, their petition calling on Jakarta to overturn their ban on journalists and activists entering West Papua has accumulated almost 35,000 signatures. Further, the campaign’s de facto leader, a political refugee by the name of Benny Wenda, was nominated for the 2013 Nobel Peace Prize along with fellow activist and political prisoner, Filep Karma. 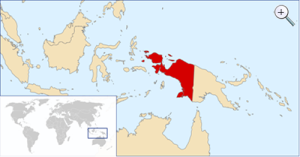 These activists highlight the importance of investigating all alleged human rights abuses, no matter how far-flung and exotic their location.

Although I consider it dubious, it is neither my position nor my right as a private individual to deny Indonesia’s claim to sovereignty. What remains certain, however, is that the appalling situation must be addressed soon, lest it deteriorate into another East Timor – the likes of which the world does not want to see again.