UKIP's attendance record in the European Parliament is worse than that of their counterparts from the three major parties. 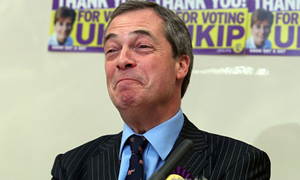 UKIP’s attendance record in the European Parliament is worse than that of their counterparts from the three major parties, according to data compiled by the Confederation of British Industry (CBI).

Happy to sign-in and collect their allowances, UKIP’s nine MEPs have missed around a third of the votes in the European Parliament between 2009 and October 2013. They have also missed almost all of the ‘reports amended’ sessions in which MEPs lay down amendments to legislation. 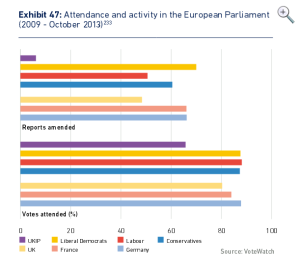 This was once again demonstrated on Wednesday, when Europe voted on whether its Parliament should continue meeting in both Brussels and Strasbourg, after a long campaign highlighting the fact that it costs European taxpayers €180m to meet in two locations rather than one.

Despite UKIP claiming to be standing up for Britain against European bureaucracy, however, only four UKIP MEPs out of nine bothered to turn up to vote on the measure at all. And those that did turn up abstained – on a measure that would have trimmed spending and cut waste!

And yet despite only four UKIP MEPs turning up to vote on the ‘second seat’ rule on Wednesday, six UKIP MEPs signed in to claim their daily spending allowance.

In other words, some UKIP MEPs signed in and couldn’t even be bothered to abstain!