We should be promoting integration and replicating success, rather than issuing unworkable policy statements. 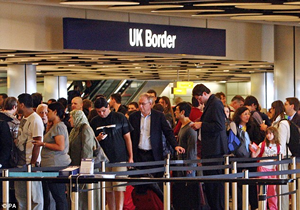 David Cameron was evidently in a panic on Tuesday. He had 50 or so of his back-benchers chomping on their bits and demanding amendments to the Immigration Bill that would call for a continuation of transitional controls on Bulgarian and Romanian nationals.

The quarterly migration statistics were due and he was also expecting a visit from Laszlo Andor, the EU Commissioner on Employment.

There is growing concern about Roma immigration. And then there is UKIP and the lifting in the new year of transitional controls on Romanian and Bulgarian nationals.

Yet the statistics tell a more complex picture and a consensus is emerging that Tuesday’s proposals are either ineffective, unworkable, or a re-articulation of existing policy.

As such, they will do little to allay public concerns about migration.

The migration statistics paint a complex picture. Net migration has increased, but this can mostly be explained by a decrease in emigration. This only highlights the perversity of the net immigration policy.

The NiNo statistics show a large increase in new registrations from nationals from the ‘old’ EU, from Spain (up 50 per cent), Italy (up 35 per cent), Portugal (up 43 per cent) and Greece (up 44 per cent). So today’s immigration statistics are a story about the Eurozone crisis and the weak economies in southern Europe. This makes the Cameron proposals – targeted at Bulgarians and Romanians – somewhat irrelevant.

Tuesday’s proposals include a suggestion that no EU migrant will be able to claim jobseeker’s allowance for more than a maximum of six months unless they can prove that they have a genuine prospect of employment.

Yet 2004 Treaty regulations mean that new migrants forfeit their European Economic Area (EEA) worker status – which gives them freedom of movement – if they lose their job. Essentially, a new migrant must be in employment in the UK to secure EEA worker status. Already any protracted period of unemployment of an EEA national who does not have settlement rights in the UK is likely to disqualify that person from benefits and rights of residency in the UK.

Cameron also suggested that any EU national sleeping rough or begging will be deported and barred from re-entry for 12 months “unless they can prove they have a proper reason to be here, such as a job”. Any mass round-up of rough sleepers would be very difficult to implement, as some London local authorities have discovered.

In summary, Tuesday’s proposals are pure dog whistling. A more considered approach is needed. If Cameron wants to reduce EU immigration he needs policies that focus on the ‘push’ factors that cause migrants to move to the UK. EU migration is a European issue and economic policy needs to focus on youth unemployment in southern European.

If we want to reduce immigration from Romania and Bulgaria, we need to improve the lot of the Roma population. In Romania, where this minority makes up an estimated 7 per cent of the population, recent research showed that just 10 per cent of Roma adults had regular work and 52 per cent had no work at all.

Even though educational outcomes have improved recently, some 20 per cent of Roma adults are illiterate and access to healthcare and education, particularly for those who have moved to the cities, is difficult. It is unsurprising, therefore, that Roma move to the UK.

Instead of empty rhetoric, the government needs to use its foreign and economic policy, and the institutions of the EU to improve conditions in eastern and southern Europe.

In the UK there are real concerns about the integration of Roma immigrants, particularly from Romania. Yet some Roma have integrated into their new neighbourhoods. This has been achieved by the hard work of community leaders, teachers, police, third sector organisations, Brits and the migrants themselves.

We should be promoting integration and replicating success, rather than issuing unworkable policy statements.