Wholesale and network costs are mostly responsible for the tariff increase, not the cost of green policies, which account for only a sixth of the rise. 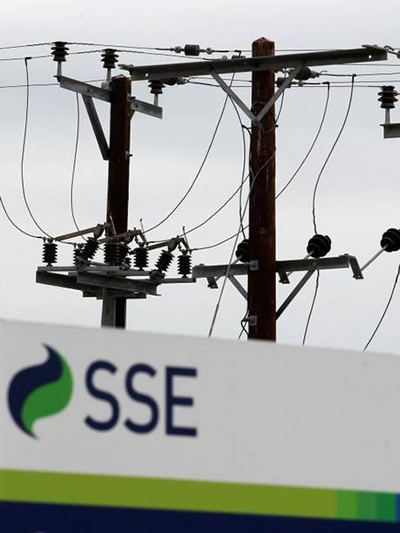 Reg Platt is a senior research fellow at IPPR

Energy bill payers will be reeling from yesterday’s announcement by energy giant SSE that they will be increasing their tariffs by an inflation busting 8 per cent, or around £93 per year for the average bill payer.

If they’ve seen the front page splash on today’s Telegraph, bill payers would be forgiven for thinking this rise is all due to government policies that are funded from bills.

This isn’t the case.

When announcing their price increase, SSE failed to highlight how other costs have risen by more than policy costs. This includes their costs and profits which appear to have risen by a staggering 20 per cent.

When announcing the tariff increase, SSE claimed it was the result of rising costs that they need to pass on to bill payers. They claimed that the cost of wholesale energy had gone up by 4 per cent, network costs (i.e. the costs of upgrading the electricity and gas networks and delivering energy to consumers) had gone up by 10 per cent and the cost of government policies funded through bills had gone up by 13 per cent. 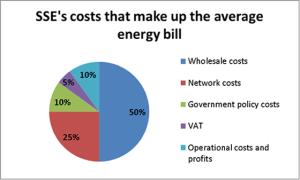 SSE’s average dual fuel (gas and electricity) tariff before the increase was £1131 a year. Therefore, in absolute terms using SSE’s numbers, wholesale costs are responsible for the tariff increasing by around £23, rises in network charges by around £28, increases in the cost of government schemes by around £15, and VAT around £5.

Presented in this way it is clear that wholesale and network costs are mostly responsible for the tariff increase, not the cost of green policies, which account for only a sixth of the rise.

SSE say their tariff increase will lead to the annual dual fuel bill rising from £1131 to £1224, an increase of £93. This means that in their announcement SSE failed to account for £23 of the tariff increase. SSE have claimed that some of this increase can be accounted for by costs they expect to incur over the coming year, although it seems bizarre if excepted increases in wholesale, network or policy costs weren’t factored into the percentage increases they drew attention to.

The one component of their costs that SSE did not draw attention to when highlighting how costs had increased was their operational costs and profits. Presuming the £23 rise is fully attributable to an increase in operational costs and profits, this means they have risen by a staggering 20 per cent. In percentage terms this increase is larger than all of the other cost elements.

SSE claim that they operated at a loss for six months from the first half of the 2013/14 financial year and that some of the increase in their operational costs and profits is to get them back into profitability. If that’s the case they should have been much more transparent about their own profits and costs.