New shadow work and pensions secretary Rachel Reeves announced that Labour would be "tougher than the Tories" on benefits, while Tristram Hunt said Labour in government would back a version of education secretary Michael Gove's flagship free schools programme. 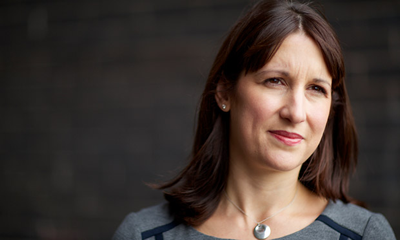 Yesterday evening many in the Labour movement were expressing indignation on Twitter at the apparent volt-face by the party on education and welfare.

As George Eaton has pointed out, much of the indignation appears to stem from the fact that the left accepted at face value much of the narrative from the right-wing press – that the Labour reshuffle was a “purge of the Blairites”.

Anyone who did will have come back down to earth with a bump today.

If we look closely at what has been announced, however, and ignore the white noise from a press that was desperate to find a party “lurching to the left”, we see that the latest announcements, if you can call them that, are really a change in tone rather than a substantive change in policy.

Rachel Reeves has made the news for, firstly, defending Labour’s compulsory jobs guarantee, and secondly, for supporting the £26,000 a year welfare cap provided it takes regional variations into account.

As should be obvious, defending the compulsory jobs guarantee is just that – defending a policy that has already been proposed; it isn’t a substantive change in policy.

As for the welfare cap, Ed Miliband has already pledged his support for a welfare cap in a much lauded speech back in June.

“The next Labour government will use a three-year cap on structural welfare spending to help control costs,” Miliband said at the time.

The fact that Reeves says in today’s Observer that she supports the £26,000 welfare cap (which Labour initially opposed) is more a reflection of electoral reality than anything else. It is evidence Labour understands that welfare policy is one of the party’s weakest areas going into the General Election.

Whether or not one agrees with the cap, what is really surprising is that it has taken Labour this long to stop opposing it: poll after poll has shown that the public is overwhelmingly in favour of the cap – including Labour voters.

If it is any consolation to those who oppose the benefit cap, many appear to support it for the wrong reasons: 73 per cent of the British public support the Benefit Cap, yet 68 per cent knew little or nothing about it.

The apparent change in policy on free schools is more significant than on welfare but again, Labour has already been moving in this direction for some time.

Free schools are one of those things, like the privatisation of the Royal Mail, that would be a lot harder to reverse than many critics are willing to give credit. It would be very hard electorally for Labour to go into the next election promising to close down a large number of schools. Doing so might secure the votes of some of those who are likely to vote Labour in 2015 anyway, but it would also ensure that a large number of so-called ‘aspirational’ swing voters would definitely not do so.

In terms of getting elected, it is quite clear as to which is the most sensible option.

As it stands, Labour will not close down any existing free schools (provided they are operating within official guidelines), and will pursue its own version of the scheme – parent-led academies (PLAs) – in which groups of parents and organisations could set up schools which were outside of local authority control.

Hunt is also only proposing the opening of PLAs in areas where there is a shortage of school places, as he made clear this morning:

“Will PLAs offer everything free schools have got? ‘Yes, but in an area of need, absolutely,” Tristram Hunt said this morning on the Andrew Marr Show.

To his credit, Hunt raised the problem of the Al Madinah free school in Derby , which is alleged to have coerced non-Muslim teaching staff into wearing hijabs as well as introduced gender segregation. This shows that he recognises some of the potential problems associated with free schools, such as their being used as a vehicle for private and religious interests. Under Labour, this sort of thing would be prevented, Hunt said, through better oversight of free schools by local authorities.

This is welcome; but there is still a much bigger question as to whether religious schools are really the best means of educating (rather than indoctrinating) children. Hunt is not the only one unwilling to ask that question: the Tories and Lib Dems do not want to touch it either.