Why is the government launching yet another crackdown on benefit fraud when it accounts for just a fraction of the welfare budget? 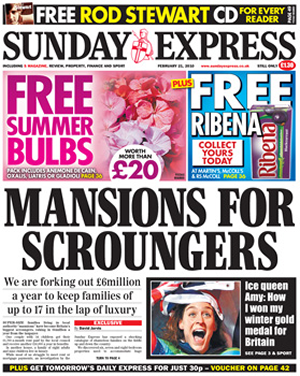 The government has announced that benefit cheats are liable to face up to 10 years in jail if they are caught ripping off the system.

Head of the Crown Prosecution Service Keir Starmer apparently said society was “hurting as a result of people taking advantage of the benefit system, and he would crack down on perpetrators”.

In truth, however, benefit fraud accounts for just a fraction of the welfare budget.

That isn’t to say there should be no attempt to reduce benefit fraud; but it’s a strange priority for the to government have if the goal is to genuinely save money.

The May 2013 estimates of fraud and error levels in the benefit system in Great Britain, published by the Department for Work and Pensions (DWP), found that just:

This compares with an estimated £12 billion a year lost in the UK due to corporate tax avoidance. That money could pay for 25,000 nurses on a £24,000 a year salary for 20 years; could put 129,000 children through school; and would allow the government to give every pensioner an extra £65 a year.

In reality of course, the reason for today’s announcement is purely political: the government believes there are votes in ‘cracking down’ on benefit fraud.

And unfortunately, due to misinformation that’s probably true. Polling carried out by the TUC in January found that on average people thought that 27 per cent of the welfare budget was claimed fraudulently.

It would be curious to know how politically effective such a move by the government would be if people were a little better informed.

15 Responses to “Another ‘crackdown’ on benefit fraud, yet it accounts for just 0.7 per cent of welfare budget”