It is well known these cuts have been savage, unfair, and that they seriously affect the disabled. But what if they actually targeted the disabled, hitting them the hardest, piling all the harshest cuts on the services that are actually the most vital? 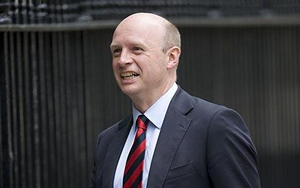 James Elliott is a journalist who writes for the Huffington Post

It is well known these cuts have been savage, unfair, and that they seriously affect the disabled. But what if they actually targeted the disabled, hitting them the hardest, piling all the harshest cuts on the services that are actually the most vital?

Many will have seen Amnesty International’s condemnation of cuts to social care as a human rights issue, but the Centre For Welfare Reform have issued a report that states: “the cuts are not fair but targeted, and they target people in poverty, disabled people and their families”.

A rhetoric of ‘scroungers’ and the ‘culture of worklessness’ myth has hardened public opinion against welfare so much that now Labour’s Liam Byrne has joined the Tories in the global race to the bottom by suggesting the welfare cap isn’t tough enough, despite evidence it is too harsh already, increasing child poverty and homelessness.

Even Eric Pickles has admitted that the welfare cap will cost more than it saves, but what he won’t tell you is how much the Tories other ‘reforms’ are costing the disabled.

This raid on disabled people has been devastating. Social care has absorbed this 33 per cent cut by ‘reforming’ the various types of care and replacing it with new, ‘leaner’ measures. One way to manage cuts has been for local government to redefine who is eligible.

The report states that by 2011, 78 per cent of councils had stopped supporting people with ‘Low’ or ‘moderate’ needs. This is spun as ‘focusing resources on the neediest’ when in reality government is just taking resources from the neediest.

That such drastic cuts have been seen by Amnesty International as a violation of the human rights of the disabled no longer seems so radical. In fact, one wonders why the press have not been more focused on this, and why Labour, and Byrne in particular, haven’t been more hawkish in attacking Tory austerity.

There certainly isn’t a shortage of ammunition, as well as the deluge of statistical evidence that disabled people are facing unbelievably harsh cuts, there are personal stories too.

‘Don’t Cut Us Out’ has told how Tony Munn, a man from West Sussex who relies on an oxygen cylinder to breathe, suffers from deep depression and blackouts, has been redefined as only ‘moderately’ disabled and so has lost all of his social care. Tony said:

“‘My nightmare scenario is that I will suffer a blackout, and without anyone coming to see me, will die and not be found for days or even weeks. Without contact with my care workers, I have to wonder if life will be worth living. The cut in benefits will leave me simply existing with no money to pay for support or help.”

This is the result when the public fail to realise the net cost of benefits is just £25bn, and when attacking welfare is so politically expedient.

If this is a race that Liam Byrne wants to win, he will have to out-do the havoc and pain caused by the Tory cuts outlined here. With both parties prepared to hack through the security of the disabled, there is little room for hope unless we can end ‘scrounger’ rhetoric and rebuild our crumbling welfare state.

6 Responses to “Why is Liam Byrne so keen to out-do the Tories on social security cuts?”