Payday lending has historically been referred to as fringe banking in the United States, but you couldn't deny it's anything other than big business today. 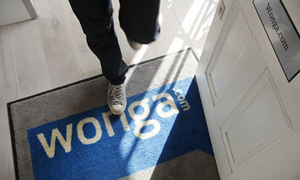 Payday lending has historically been referred to as fringe banking in the United States, but you couldn’t deny it’s anything other than big business today.

As I point out in my new report published by the Centre for Labour and Social Studies, preying on the poor is a lucrative enterprise in today’s Britain. At the start of 2012 the average amount being taken out from payday lenders was £200, while towards the end of the year that figure rose to £335.

This will only get worse if government response to dangerous debt remains so lukewarm.

The rise of this type of borrowing is the outcome of a number of things. The wages squeeze, the rising cost of living, income inequality, unemployment and underemployment, and mainstream financial institutions all but turning their backs on society’s most vulnerable members.

Further still, the government have been making some decisions which smack infuriatingly of class war. Tax cuts for the highest earners to the tune of £100,000, bedroom taxes, cuts to specified funding for the social fund, delays to benefit payments, which has brought about the rise of food banks, and zero-contract hours, all falling under their watch.

And yet, for all the talk, there has been a small-fry response by the government to tackling legal loan sharks on the high street and online. Payday lenders cannot believe their luck.

To demonstrate, we need only look to the recent events of Monday June 1 to see how lenders are claiming the moral high ground for themselves.

A summit was set up by Jo Swinson MP, the consumer affairs minister, to get the same payday lenders currently under investigation by the Office of Fair Trading (investigations often seem like an excuse to delay real action – in an odd reversal lenders themselves ended up writing to the OFT to see why there was delay in the investigation of them) in the same room as politicians, charities, and other critics of the industry.

But before proceedings had even begun it was noted that the discussion would not specifically mention the amount of money payday lenders charge to lend at. The minister missed the chance to talk seriously about the 4,000 per cent rates of interest, or £30-35 per £100 borrowed over 30 days that lenders charge.

On the same day Wonga’s chief executive Errol Damelin told an audience at a conference on money banking and finance hosted by Wired magazine in Canary Wharf:

“We’d love as serious a regulator as possible to help understand the business, and the more proactively engaged our regulators are the better.”

While complaints about the industry soar, and information is broadcast almost daily on its poor business practices, even amid an expensive investigation by the regulator, lenders themselves can claim they’re responsible companies while in full knowledge that regulation continues to be all talk and little action.

This “responsible” industry, don’t forget, has recently been noted for having “widespread irresponsibility” by the OFT, seen complaints about it to the Financial Ombudsman Service (FOS) shoot up 83 per cent in the last year, and called “out of control” by Citizens Advice, for lending to under 18s, people with mental health problems, and the drunk,

One glimmer of hope is the High Cost Credit Bill, about to receive its second reading in parliament, by Paul Blomfield MP.

The measures he calls for go beyond the merely cosmetic. New rules around the affordability of loans, payday loan advertising, debt collection and payment (including the rolling over on, and refinancing of, loans which incur further costs to hard-up borrowers), debt support, and penalties for companies who fail to comply with existing regulator guidance, are all vital fixtures, but are lacking.

Disclosure of bank lending to find out where there is unmet need is also crucial, ringfenced funding for low interest loans for those in receipt of state benefit, wages that better reflect the cost of living in modern society, and revamped government savings schemes need to be implemented by government if it is to reduce the number of people who regularly fall under the radar.

My report, and Paul Blomfield’s Bill, only begin the scratch surface of the problems facing modern Britain. But if government would take them seriously and help see their conclusive points come to fruition then we would start to reverse the prospect of a new era of dangerous personal debt.

Paul Blomfield,  MP for Sheffield Central, has responded to today’s secondreading debate in Parliament of his High Cost Credit Bill. Despite cross-party support from MPs Ministers opposed the Bill.

“We had a good debate today with strong cross-party support for tough regulation of payday money lenders. It was deeply disappointing that, despite that backing, the government opposed the Bill. But we’ll be taking the issue forward at the next available opportunity in the autumn.

“The minister needs to recognise the support that my Bill has both inside and outside Parliament and she must re-think her opposition to it. Too many more vulnerable and desperate people will be pushed into a spiral of debt by the government’s failure to back me today. So I hope she will change her mind.”