In the wake of the Falkirk scandal there is increasing pressure on Labour leader Ed Miliband to distance his party from the trade unions. Some within Labour's own ranks are even calling for the link between Labour and the trade unions to be severed. 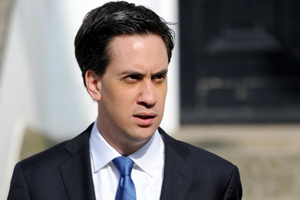 In the wake of the Falkirk scandal there is increasing pressure on Labour leader Ed Miliband to distance his party from the trade unions. Some within Labour’s own ranks are even calling for the link between Labour and the trade unions to be severed.

While Left Foot Forward rejects any wholesale break with the unions, we have come up with five party reforms we think Ed Miliband might make in the wake of Falkirk.

1. Compulsory open primaries for all local parties where there are fewer than 350 Labour Party members

This would help to ensure that local candidates are selected by a representative section of society, rather than by a small group of party activists.

It would also encourage greater engagement from Labour supporters, who could get behind a candidate of their choice and would likely be more enthused come a General Election as they would have had some say in selecting the candidate.

2. Individual registration of union members (rather than via their union) and a guarantee that they only get one vote in leadership contests

Andy Burnham was right to call for Labour to look again at the rules around party leadership contests when he stood for the leadership of the party in 2010.

In looking at reforming the link between the Labour Party and the unions, Miliband should ensure that union members only get one vote in leadership contests.

Trade unionists wishing to pay the political levy should also become full members of the party with individual votes.

3. An end to one-off union donations above £5k in exchange for a cap of £5k on donations from private individuals

All large donations to political parties which come from a single source are inherently problematic and can come with, shall we say, certain expectations. It’s absolutely vital for our democracy, therefore, that individuals cannot seek to subvert the political process through their wealth; but it’s also important that Labour is not viewed by the public as in hock to the unions.

Trade unions are vital in a thriving democracy, but political parties which seek to govern Britain need to win support (and money) from a broad cross-section of society.

4. A spending cap for candidate selections

Whether we are talking about trade union cash or private capital, a large amount of money should not be a pre-requisite for standing for election.

If union members are only going to receive a single vote each, it is only fair that affiliate members do too.

Labour remains the only one of the three major parties which does not choose its leader on the basis of one-member-one-vote. At present, during a Labour leadership contest a party member gets one vote for being a member of the party, but be entitled to another for being a member of a group such as Labour Students, another if they are in LGBT Labour and yet another if they are, for example, in the Socialist Health Organisation.

This appears (and is) unfair.