We've a gaffe-prone chancellor in George Osborne: before it was the 4x4 in the disabled parking space, then it was the fine for not having a first class ticket. Now he's caught out by The Sun for eating a “posh burger”. 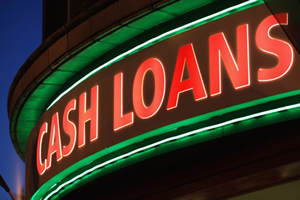 We’ve a gaffe-prone chancellor in George Osborne: before it was the 4×4 in the disabled parking space, then it was the fine for not having a first class ticket. Now he’s caught out by The Sun for eating a “posh burger”.

But it was through cold hard calculated class war yesterday that he reduced the poor to being even poorer, while allowing the rich to get richer.

Using his announcement to introduce a new seven day waiting period before somebody can receive benefit, Osborne demonstrated that he will be tougher on the consequences of economic mess (joblessness, poverty) than the city louts who got us into this mess in the first place.

As George Eaton for the New Statesman put it yesterday: “Even after handing the highest earners an average tax cut of £100,000, the chancellor again had the chutzpah to claim that “we’re all in this together”.”

To be clear, claimants of welfare already have to wait to receive their benefits. Newcomers to benefit payment would not normally be paid for the first three days of a Jobseeker’s Allowance claim. But a whole week’s wait could see their finances spiral further out of control.

This system always needed reform. Where a JSA claim has been made, that waiting period should be reduced to ensure nobody loses out; that goes for the jobless to the working poor. Further, that three-day loss should be paid retrospectively to cover days lost from the time of application.

JSA is already low. A contributions-based claim for someone over 25 is £71.70 per week. On just over £280 per month a person is expected to cover all their costs and hope that their housing benefit (which doesn’t pay bills on top) will cover all rent.

The loss of a quarter of this payment to someone who is already financially vulnerable is indescribable – and completely alien to someone like George Osborne, reportedly worth £4.3m.

The risk is that this waiting period will apply to all benefit, not just for jobseekers. As a representative for the Centre for Economic and Social Inclusion has pointed out:

“The government’s Policy Costings suggest that it will apply to the whole of a Universal Credit claim – including housing, child and disability elements. If this is the case then it will increase risks of rent arrears and debt, and quite likely make it harder for newly unemployed people to sort their finances out and start looking for work.”

So who really wins in this spending review? One clear winner will be legal loan sharks, Wonga, The Money Shop, Quick Quid and the like. As benefit payment is delayed further, and food banks are stretched to maximum capacity, the only option for some will be to turn to expensive short term credit on the high street.

Last year consumer rights group Which? found that 40 percent of payday loans were taken out to buy food alone.

Despite the fact that the industry has been referred to the Competition Commission by the Office of Fair Trading today, because it has been found to exploit the most hard-up in society, immediate change to this industry is a pipedream.

Even while more investigations take place over this rogue industry, they will be cashing in here and now off the back of chancellor Osborne’s “Wonga Budget”.

Delays to benefit payments will see payday lending rise. Chris Mould, executive chairman of the foodbank charity Trussell Trust, who warned about the risk of delaying benefit payments, said yesterday that: “Lots of people are referred to us because they already have problems with debts, many with short term loan organisations.”

As these measures boost the payday lending industry, personal debt profiles are raised. Outstanding personal debt stood at £1.424 trillion at the end of April 2013. More money goes into the pockets of rich moneylenders, dead money is paid on interest payments, less money is spent on the high street and the chances of a consumer-led recovery stay slim.

Not only is this poor economics by Osborne, it is unfair, exploitative, and offensive. But why would we expect anything less of him?