Average incomes have fallen for the second successive year, leaving median and mean incomes six per cent and seven per cent below their 2009 and 2010 peaks, according to government figures released today. 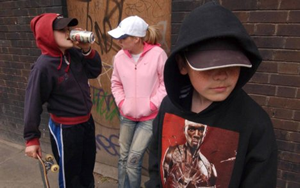 Average incomes have fallen for the second successive year, leaving median and mean incomes six per cent and seven per cent below their 2009 and 2010 peaks, according to government figures released today.

Relative poverty (defined as having a household income below 60 per cent of the contemporary median, with incomes measured BHC) was broadly flat, related to the fact that incomes fell by similar proportions across all income groups.

Shadow work and pensions secretary Liam Byrne called it a “devastating verdict” on the coalition.

“The devastating verdict is in – in just one year this government has pushed a million people into absolute poverty and progress in tackling relative child poverty has completely stalled,” he said.

“What these figures show is living standards are collapsing to their lowest level in a decade, and that is forcing an extra 300,000 children to grow up in absolute poverty.”