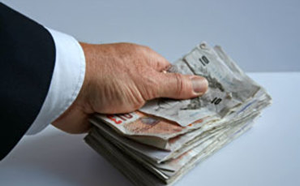 Last week the High Pay Centre published new research showing that the UK is doing a lot less than other major economies to tackle unfair and disproportionate levels of executive pay.

Most other countries have now followed our lead in introducing shareholder ‘say on pay’ – giving shareholders a vote on the pay packages that companies award their senior management.

The problem is that the shareholder votes are controlled by asset managers, rather than the ordinary people with savings or a pension plan whose money it is. Asset managers benefit from a culture of high pay – they work in a similar competitive environment to city bankers and top executives, so it’s easier for them to demand more money if pay is higher in those positions.

As a result, many of our international rivals have introduced supplementary measures, designed to further constrain crazy growth in levels of executive pay:

Despite the fact that these moves make a mockery of arguments that attempts to introduce similar measures in the UK would drive ‘talented wealth creators’ overseas, the government has continued to resist their implementation in the UK.

Meanwhile the average pay of a FTSE 100 CEO has gone from being 40 times to 185 times that of an average worker since 1998. In absolute terms, this represents an increase of nearly 500 per cent during a period over which the performance of the FTSE 100 index has been largely flat.

Research from the TUC indicates that the increasing share of income taken by those at the top costs the average worker £7,000 a year compared to what they would earn if income distribution remained proportionate to 1979 levels.

It is tempting to wonder when a UK government will decide that this rampant growth in the share of national income taken by the super-rich has gone on long enough, and why they haven’t yet done so?

Media explanations comparing the gap between high and low earners in different countries often focus on the temperament of the population. This week a Norwegian newspaper attributed the lower levels of executive pay in that country to the ‘social democratic culture and egalitarian thinking’. Bloomberg has previously suggested that the pay of Japanese executives is held down by the fact that ‘wealth is still considered unseemly in Japan’.

This feels a bit spurious. Polling for the High Pay Commission suggests that 73 per cent of people think that gaps in income in Britain are too large. At focus groups we are currently conducting, there is a universal revulsion at the levels of pay enjoyed by bankers and executives.