The government’s decision to impose an income requirement suggests that the true motivation is simply to reduce numbers, as every British family 'stuck' abroad, or separated, helps to reduce net migration. 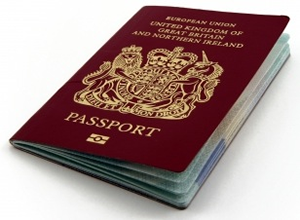 Jenny Pennington is a Researcher at IPPR

New research published today lays bare the negative impact of the UK’s management of immigration on British people. The report, from the All Party Parliamentary Group on Migration, shows that the government’s efforts to bear down on immigration numbers through tightening rules on family migration has led to hardship for many.

Examples include British families ‘stuck’ abroad, young British children growing up without a parent and in one case a breast-feeding mother separated from her British baby. According to calculations in the report, as many as 47 per cent of people in employment in the UK would fail to meet the income level needed (£18,600 p/a) to sponsor a non-EEA partner to come to the UK.

The report shows how the government’s target to reduce net migration is dominating policy making in this area. The stated aim of the rules is to ensure that migrants coming through the family route are not a ‘burden’ on the state.

However there are much more direct ways of doing this, for example restricting access to benefits or applying higher visa fees. The government’s decision to impose an income requirement (with entirely predictable consequences) instead suggests that the true motivation is simply to reduce numbers – every British family ‘stuck’ abroad, or separated, helps to reduce net migration.

In response to the research, Mark Reckless, a representative of the Home Affairs Select Committee, was keen to speak to the latter point. Speaking on the Today programme he argued that the limits on family migration are vindicated by their contribution to reducing overall ‘net migration’.

However falling migration doesn’t necessarily reduce public concerns. Polling figures released last week show that even though net migration has fallen by almost 40 per cent across the last year, almost two thirds of the population continue to believe that immigration is still rising

Instead of its single-minded focus on net migration, the government needs to confront the difficult trade-offs that migration policy raises, some of which have been clearly illustrated by today’s report. The government should take action to ensure that family migration contributes to life in the UK.

Rather than an arbitrary income test, the government should focus on ensuring that all family migrants come with a satisfactory level of English to be able to participate in and contribute to society, on making sure that the UK welfare system and labour market are fair for everyone, and on supporting integration in local communities.

The APPG report shows how we all lose when migration policy is led by blunt targets about migration numbers. The consequences of the government’s family migration policy may have been unintended, but they were predictable.

37 Responses to “Family Migration: Brits lose out when policy is led by blunt targets”