David Cameron will today use his speech to the Scottish Conservative Party Conference in Stirling to once again rehearse the arguments in favour of Scotland remaining within the family of the United Kingdom. "There is", he will say, "simply no challenge we face today where breaking up Britain is the right answer". 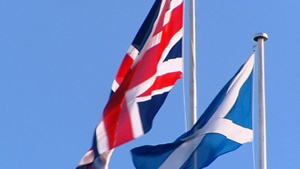 David Cameron will today use his speech to the Scottish Conservative Party Conference in Stirling to once again rehearse the arguments in favour of Scotland remaining within the family of the United Kingdom. “There is”, he will say, “simply no challenge we face today where breaking up Britain is the right answer”.

All well and good.

But in the week that the pro-union Better Together campaign launched its operations in London to bring the rest of the country in on the debate, it is time that those wanting the UK to remain intact become agents for change and establish a common vision for what devolution within the union should look like for Scotland.

Survey data released yesterday by the Scottish Centre for Social Research has shown that whilst just 35 per cent of people expressed support for independence, this was more popular than the 24 per cent who supported the status quo. 32 per cent meanwhile supported the idea of so called ‘Devo Max’, maxing out the powers given to Holyrood whilst Westminster retains responsibility for policy areas such as Defence, Foreign Affairs and some key taxes and welfare benefits.

In the face of the wishes of Alex Salmond who had seen Devo Max as a face saving option on referendum ballot paper next year voters will not get this as an option. However, as these results show a clear majority, over 60 per cent are hungry for some kind of change.

It is imperative therefore that just as with the Calman Commission into Scottish Devolution which enjoyed the support of Labour, the Conservatives and Lib Dems the same parties actively prepare and outline a common vision for change ahead of next year’s vote. What we have however is a pro-union campaign split all over the place.

For the Conservatives, led by a leader in Ruth Davidson who had declared the Calman Commission to be a line in the sand when it comes to powers for Holyrood, her u-turn in appointing the former leader of the House of Lords, Lord Strathclyde, to look at what the future of Scottish devolution might look like has exposed a deep rift within the party.

The former Conservative Scottish secretary, Lord Forsyth, has dubbed the development a “suicide mission”, whilst the Daily Telegraph has reported that the Conservative and Unionist Association in Stirling, the city hosting the conference this weekend, have written to Davidson complaining that her promise of an extra package of powers amounts to a “serious volte face”.

The leadership meanwhile is also preventing a debate on the issue at the conference.

Labour Party members may be looking at the splits in the Conservative Party with a sense of satisfaction. Before they do, however, they should consider this. Having established its own Devolution Commission, we now have the sight of anonymous ‘senior’ Scottish Labour MPs pledged to oppose the devolution plans of their own leader in Scotland, Johann Lamont. Where then does Labour stand?

It seems that only the Lib Dems remain at all united around their plans for Home Rule.

With the majority of Scots demanding changes to the way Scotland is run in one form or another, we now have the sight of all three of main opposition parties coming up with separate plans for the future of devolution, with both the Conservatives and Labour split on what should happen.

Faced with such confusion, where should the 32 per cent of Scots seeking devo max turn to? In the absence of any clear, detailed and united offer in this direction from the Better Together campaign, the danger is that they decide either not to bother to vote or even conclude that independence is a better option than some sort of ill-defined extra powers option.

For the sake of the union, it’s time Better Together got its house in order.