A former Conservative Scottish secretary has called (£) moves by the party north of the border to increase the powers afforded to the Scottish Parliament a "suicide mission". 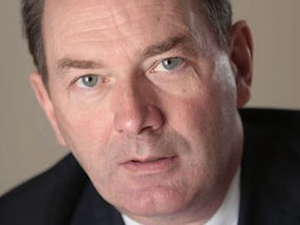 A former Conservative Scottish secretary has called (£) moves by the party north of the border to increase the powers afforded to the Scottish Parliament a “suicide mission”.

In 2011, whilst running for the post, the current Scottish Conservative Party leader Ruth Davidson declared her commitment to draw a “line in the sand” when it came to discussions about extra powers for the Scottish Parliament and government.

Faced with mounting pressure to come up with a more positive offer to counteract the nationalist bandwagon north of the border, however, in March she undertook a full scale u-turn by announcing that the former Leader of the House of Lords, Lord Strathclyde, would lead a review for the party to examine the case for increased devolved powers, including the extensions of tax raising powers.

The former Conservative Scottish secretary Lord Forsyth, however, has now lobed a grenade into the party be calling Ruth Davidson’s volte face “incomprehensible”.

Speaking as the party prepares to meet for its conference in Stirling the weekend after next, Forsyth has said:

“I find Ruth Davidson’s volte face on this just incomprehensible.

“Quite a lot of our supporters are the people who pay these taxes and will be affected by this – so pursuing a policy that is actually going to hit your own supporters and potential supporters extremely hard in the pocket as a way of recovering your strength in Scotland strikes me as novel and unlikely to succeed.

“It looks like a bit of a suicide mission to go down that track.

“Why give in and raise the white flag when the enemy are on the run and stuck in bogs, unable to respond?”

His remarks stand in stark contrast with those of Murdo Fraser, who challenged Davidson for the leadership in 2011. Writing in the Scotsman last week, he argued that the Conservative anti-devolution stance in the 80s and 90s did it no favours.

Welcoming the Strathclyde Commission he wrote:

“The creation of a Scottish Parliament with limited tax-raising powers simply created a class of politicians desperate to spend money, but with no accountability for where that money was raised. In such a political environment, it would be difficult always for a party of the centre-right to make the case for responsible spending and for lowering taxes to boost economic growth, when the proceeds of any such move would go to the London Treasury rather than the Scottish finance minister.

“Moreover, adopting a more progressive fiscal policy allows the party finally to lay to rest the ghosts of our anti-devolution past.

“Whatever the rights and wrongs of the stance we took in the 80s and 90s opposing the creation of a Scottish parliament, it cannot be argued that this did us anything but harm with the electorate, and allowed our political opponents to portray us as ‘anti-Scottish’.

In a critical editorial this morning, the Scotsman warned that Ms Davidson is losing control of her party in much the same way that David Cameron is south of the border. The paper explained:

“As if not wishing to be outdone by their compatriots down south, the Scottish Conservatives are showing they are no slouches when it comes to falling out among themselves – and airing criticism of their leader in public.

“Ahead of the party’s annual conference in Stirling in two weeks, Lord Forsyth, the former Scottish secretary of state, has described Scottish party leader Ruth Davidson’s plans to give Holyrood further tax powers as ‘a bit like a suicide mission’.

“To many it must seem that the Conservatives in Scotland have been on a suicide mission for many years. It has declined from being the party that once attracted the largest number of votes in Scotland to an impotent rump, with just one Westminster MP and a poor third party in the Holyrood Parliament…While the party may claim examples of increased support in Scotland, its efforts are barely noticed in the larger preoccupations of voters.”

It goes on to conclude:

“The imminent conference gives the leader an opportunity to set out her thinking in detail and to send a message to the wider audience of Scottish voters. It is an opportunity that should not be lost to promote a clear agenda and rally her troops.

“Many will fear it may be too late. But one thing is clear. Further delay will make the challenge of turnaround for the Scottish Conservatives all the more daunting.”