The chancellor went on the Today programme this morning to trumpet his success in getting seven government departments to agree on their budgets for 2015-16 as part of the Spending Review that he will announce on 26 June. It is reported that they have all agreed to cuts of between 8 and 10 per cent. 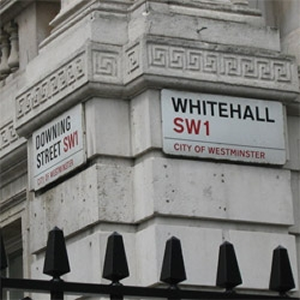 By Tony Dolphin, chief economist at the IPPR

The chancellor went on the Today programme this morning to trumpet his success in getting seven government departments to agree on their budgets for 2015-16 as part of the Spending Review that he will announce on 26 June. It is reported that they have all agreed to cuts of between 8 and 10 per cent.

However, he has gone for the easy targets first.

Three of the seven departments that have settled (HM Treasury, the Foreign Office and the Cabinet Office) have only small, largely administrative budgets. So, while the budgets of the other four (Justice, Communities and Local Government, Energy and Climate Change and the Northern Ireland Office) are more substantial, so far he has only secured around 20 per cent of the £11.5 billion in cuts that he needs if he is to stick to the total departmental spending target set out in the March budget.

Achieving the remaining 80 per cent of the cuts is likely to be a lot harder. The big spending departments – Defence, Business and the Home Office – are all headed by secretaries of state who have been prepared to use the media to highlight the possible effects of further big cuts in their budgets. They represent the so-called ‘Union of Ministers’.

There have been reports that one secretary of state is willing to offer up more cuts. Iain Duncan-Smith is said to be willing to find an additional £3 billion in cuts to the welfare budget, by restricting housing benefit for those aged under 25 and welfare payments to those with three or more children, so that the Home Office and Ministry of Defence budgets can be protected.

George Osborne would probably like to take him up on this offer because he is thought to be planning to argue at the next election that only the Conservatives would be tough on welfare in order to protect departmental spending, while Labour, ‘the party of welfare’, would have either to make bigger cuts to departmental spending or increase taxes. But he is stymied by the Liberal Democrats’ determination not to agree further cuts in working age benefits.

However, he has bigger constraints than those placed on him by the Liberal Democrats, and these are of his own – and the prime minister’s – making, in particular the decisions to ring-fence welfare spending on older people, the NHS, schools and international development.

Restricting the winter fuel allowance and free bus passes to only the poorest pensioners, a move that is often talked about but was ruled out by the prime minister in the pre-election debates, would make small but significant savings. To maintain the ‘triple-lock’, which guarantees that the state pension will increase by whichever is highest out of price inflation, wage inflation or 2.5 per cent, is expensive. So means testing other pensioner benefits which are currently universal for older people, feels like a reasonable compromise.

The International Development budget is not large in the context of overall public spending (£10.7 billion in 2013-14 out of a total of £720 billion). Cutting it back would involve reneging on the country’s commitment to increase its aid spending to 0.7 per cent of GDP and hit the poorest people in the world, without making much of a contribution to the needed spending cuts.

The same is not true of the NHS and schools budgets, which by 2014-15 will account for around 43 per cent of departmental spending. If they could be cut, the pressure on other budgets (especially social care and early years) would be far less.

Yet, even continuing with a ‘flat real’ settlement will take the NHS into truly unchartered territory, given its history of long-run average real increases of 4 per cent a year. By 2017, the NHS is very likely to have had six years without a real spending increase. But to spend more in the short term would imply a scale of cuts to other public services that is completely untenable.

Against such a backdrop, the NHS requires certainty and the permission to take some unpopular decisions. A 10-year settlement for the NHS and social care, in return for a reform plan would give health professionals and managers the space and freedom from political interference they need to make far-reaching cost savings.

By the time these cuts are fully implemented, on the government’s current approach, other departments could have seen their budgets cut in real terms by one-third. This represents a massive reallocation of government spending to the NHS and schools; the sort of reallocation that should follow a systematic review of spending that weighs up the benefits of spending on the NHS and schools against other spending.

It should not emerge as a by-product of promises made at a time when the full extent of those spending cuts was neither appreciated, nor debate.