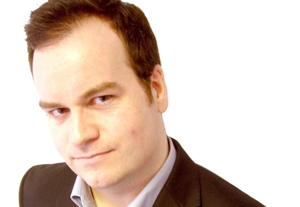 The Brendan O’Neill formula is a simple but effective one: work out what any reasonably decent human being would think about an issue and write the opposite.

With that in mind we’ve compiled five of the stupidest things Brendan O’Neill has ever written to give you an idea of how his whole get up works.

1. In an Age When It’s Trendy to Be Ill, Angelina Jolie’s Mastectomy Revelation Is Far From Rebellious

Angelina Jolie announced on Tuesday that she had undergone a double mastectomy after learning that by doing so she would reduce her risk of breast cancer from 87 per cent to five per cent. Jolie made her announcement in an article for the New York Times, and as a result earned praise from breast cancer experts for highlighting the heightened genetic predisposition to breast cancer run by women who’ve inherited a faulty version of either the BRCA1 or BRCA2 gene from one of their parents.

Most people had absolutely no problem with that. Brendan O’Neill felt otherwise:

“Is she really rebelling against celebrity culture or conforming to it? You know what would have been truly brave, properly rebellious, delivering a little personal blow to today’s conformist celebrity culture of talking about sickness and scrubbing away the line between private life and public life? If Ms Jolie had never told anyone except her family about her decision to have surgery.”

2. Homosexuals were once branded as mentally disordered. Now homophobes are treated the same way

Until relatively recently gay, lesbian, bisexual and transgender individuals risked being jailed, beaten, fined, publicly humiliated, murdered, mutilated and ostracised from public life. In many parts of the world that’s still the case, and as I reported for the Independent on Sunday in 2011, hate crime is something many LGBT folk continue to experience.

According to Brendan O’Neill, though, homophobes are now treated in much the same way:

3. So what if a few horses die in the Grand National? It is our pleasure, not their wellbeing, that is important

Strangely enough, lots of people don’t think it’s acceptable to inflict pain on animals for the titillation of human spectators, be that through bear baiting, cock fighting or, indeed, making horses jump over unnaturally high fences. Not Brendan, though.

The fact that right-thinking people are increasingly concerned about the number of horses dying after being pushed to the limit by jockeys so that bookmakers can make a great deal of money doesn’t rile Brendan, however:

“It’s just a horse, a dumb, unfeeling creature, unaware of pain, unaware even of its own existence, and with no concept of past, present or future. When you whip a horse it doesn’t think, “This is so painful and humiliating”, because it is incapable of thought. It just runs.”

4. Posh-bashing has replaced prole-bashing as the nastiest strain in British politics

Considering the fact that more than half of the cabinet were educated at independent schools, with two attending Eton; and despite the fact that polling in recent years has shown attitudes hardening significantly towards the poor, it is the chinless and plummy-voiced who are the most persecuted group in Britain, according to Brendan O’Neill.

“Indeed, posh-bashing has eerie echoes of that older pastime of prole-bashing. In both instances, in both today’s pseudo-radical assaults on toffs and yesteryear’s reactionary attacks on a feckless underclass, moralism stands in for serious analysis and invective takes the place of cool-headed commentary.”

5. Breivik: a monster made by multiculturalism

Anders Behring Breivik’s deranged worldview led to him carrying out a sequential bombing and mass shooting in Norway in 2011 which claimed 77 lives. Breivik was very clear about why he went on his rampage: to promote his fascist manifesto which called for the forced deportation of all Muslims and the violent annihilation of “Eurasia”.

Much like the rape apologist views the rapist as the creation of the woman in the short skirt, to Brendan O’Neill Anders Breivik was created by the very thing he sought to destroy – multiculturalism:

“Breivik is not an implacable foe of multiculturalism; he is a product of it. He is multiculturalism’s monster, where his true aim is to win recognition of his identity alongside all those other identities that are fawned over in modern Europe. In essence, his barbarous act last year was not about dismantling multiculturalism but about expanding it…”.

The most important thing with any troll is not to feed them. Like a big fat hungry caterpillar chewing on a luscious green slice of lettuce, a troll feeds on the ‘outrage’ generated by their ‘opinions’ and gets hooked on it.

As a rule, you should ignore Mr O’Neill. DO NOT express outrage and DO NOT Tweet or Facebook his articles in order to show your companions how disgusted you are. In other words, do not hand him the big green slice of outrage lettuce he craves.

I note that in writing this article I’ve sort of fallen foul of my own sage advice, but I thought you knowing how his whole ‘journalism’ thing works would be worth it. I won’t do it again.