There's no one, easy solution to this problem, and the origins of hatred and prejudice are extremely complex. However the first step should be to recognise that anti-Muslim incidents like these are a serious problem in their own right, and in a just and fair society, no one should be subject to this sort of violence and prejudice. 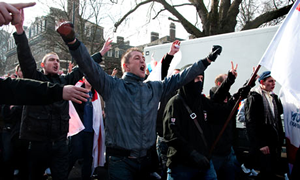 By Fiyaz Mughal, founder and director of Faith Matters

Following the horrifying murder of Lee Rigby on May 22, there came a response. Just as after the July 7 bombings, the recent events in Woolwich have acted as a catalyst for anti-Muslim sentiment, resulting in a wave of attacks, harassment, and hate-filled speech against Muslims as a generalised category.

Many of these have, in turn, been reported to Tell MAMA (Measuring Anti-Muslim Attacks), a third party reporting/support service set up in early 2012. Over the past week, an unprecedented number of incidents have been reported, with over 200 cases so far, and more coming in every day (on May 21 we had 830 logged cases, to give some context to this surge).

Given the still-developing nature of this situation, we do not want to make any firm statistical claims about the data so far, but even at this early stage, several clear points have emerged.

One of the most obvious indicators has been the rise in street harassment of Muslims – unprovoked, opportunistic attacks from strangers as Muslims go about their lives. Over the past week or so, these sorts of hate crimes have noticeably increased in number and (in many instances), become more extreme. On top of this many Muslims we’ve talked to have reported facing deep suspicion and hostility as they go about their business.

These attacks also have a disturbing gendered dimension. While reporting victims of (for example) racial hate crime are often mostly male, statistics (both Tell MAMA’s and those from a forthcoming MPS report) show that women bear the brunt of these attacks – 52.7 per cent of Tell MAMA’s cases are women, with female victims making up 70 per cent of victims under 30; this has held roughly true with the most recent wave of attacks.

While there are a lot of factors at work in this complex issue (such as religious dress, employment, and reporting rates) this is a worrying issue, since anti-Muslim attacks on women have often been particularly aggressive, including attempts to rip off religious clothing and verbal/physical abuse.

There has also been a rash of social media cases. Tell MAMA has always kept an eye on the virulent anti-Muslim hatred endemic on Facebook and Twitter, monitoring the tenor of anti-Muslim rhetoric – but this has only increased since last week, becoming more extreme (representative samples: ‘Hitler should have gone for the Muslims’, ‘there’s not enough Breivik’s around … you can only fight extremism with extremism, fire with fire!’), as well as direct threats of violence.

We have also seen a significant increase in the number of incidents against mosques and religious buildings, with eleven direct attacks against mosques all across the country (up from around twenty direct attacks and plots in the first fifteen months of Tell MAMA’s operation), ranging from the depressingly traditional – bacon and pork left outside the door of a Cardiff mosque – to an attempted firebombing in Grimsby.

The impact of these sort of attacks is obvious – it’s extremely upsetting, not to mention dangerous for the victims and communities targeted – and also has a much more insidious long-term effect. Hate crime is  particularly serious because it doesn’t just target the victim, but also works to intimidate the victim’s community.

Attacks like these threaten local Muslim communities, but also have a serious intimidatory impact on the wider British Muslim community, as it makes it much harder to dismiss further threats and attacks. Conveyed by phone or social media, each new menacing call to ‘burn the f**ker [mosque] down’ or death threat against a mosque’s worshippers (these sorts of remarks are, unfortunately, fairly common) could just be a disgruntled bigot looking to scare Muslims, or it could be the prelude to an actual attack.

The fact that mosques have been firebombed over the past week means that, in future, many will feel it necessary to take these threats more seriously – and so British Muslim are further marginalised, made vulnerable, and feel threatened.

Discussions about foreign policy, securitisation and culture clashes should not distract us from the very real material impacts of the current problem of anti-Muslim rhetoric and attitudes. Rather than considering it solely as a sideshow to the broader discussion of multiculturalism and terrorism, something that happens in response to ‘bigger issues’, we should see anti-Muslim hate crime and anti-Muslim incidents for what they are – the persecution of an already vulnerable group, on a criminal basis.

There’s no one, easy solution to this problem, and the origins of hatred and prejudice are extremely complex. However the first step should be to recognise that anti-Muslim incidents like these are a serious problem in their own right, and in a just and fair society, no one should be subject to this sort of violence and prejudice.

5 Responses to “Anti-Muslim incidents and the Woolwich attack: an initial appraisal”