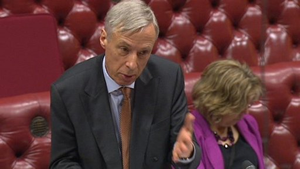 Lords on all sides had been inundated with letters and emails of concern – not just, as Shirley Williams said in what must count as one of the most disingenuous speeches this parliament,  due to “a blizzard” of distortion “extensively spread via social networks”, but because more and more of the general public had gained an understanding of basic procurement law.

If the law says that a Clinical Commissioning Group (CCG) may allocate a clinical service to a sole provider as long as none other are capable of running the service, then it stands to reason that the CCG will be more concerned with how to prove that when challenged than just going for the simple route of selecting their own long term preferred provider.

Far from the 40 staff of Monitor being equipped to block a legal avalanche, or Regulations 2 and 3 overriding errant 5, this is a lawyers-cum-privatisation charter which can only be stopped by CCGs undertaking the very tendering the coaltion are pretending they are preventing – whilst of course setting them up to do exactly that.

The Lib Dems decided that they would once again portray themselves as saviours of the faulty elements of the legislation – although some stared ahead in a rather fixed manner whilst Lord Clement-Jones and Shirley Williams spoke of the wondrous things they had done and of the terrible injustice in criticising their efforts.

Perhaps they had been hypnotised. Earl Freddie Howe turned his head from his front bench to fix his gaze upon Baroness Williams as she spoke –  in part needy, in part threatening. Hopefully he had a crick in his neck afterwards.

They continually stated that their own changes in March, meant no change since 2010 – conveniently ‘forgetting’ that the introduction of the Health & Social Care Act has changed everything. If no change – why bother with the Act or Section 75 at all? Do they think we didn’t notice? Probably.

Lord Warner (of Lewisham ) was overtly the most audacious of the night – not for him the mealy mouthed meanderings of the Lib Dems. Everything he has been saying in private, came to the fore in publicly disowning Labour’s efforts. This man is all about competition and the ‘managed market’ – he clearly stated he was “with Earl Howe” before sinking low in his seat to mutterings of disapproval. Let us hope that the party soon disowns him in return.

Although Lord Hunt presented an excellent case, the whipped Lib Dems declared solidarity with Earl Howe, which sadly meant he really knew that it was lost before he started. The Tories had dragged out all of Thatcher’s old contemptibles and from the conspiratorial looks being shot across the chamber, it was evident that Shirley Williams had worked her ‘magic’ on a couple of key cross benchers – where there were also notable abstentions.

‘tonight I feel one feeling only: overwhelming sadness’.