Just over a week since George Osborne declared as “unbelievable” the Welsh government’s opposition to many of his welfare reforms, the BBC has today unearthed evidence demonstrating the extent of the impact of the bedroom tax. 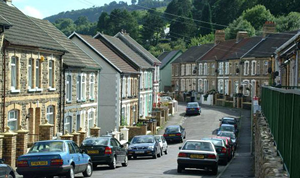 Just over a week since George Osborne declared as “unbelievable” the Welsh government’s opposition to many of his welfare reforms, the BBC has today unearthed evidence demonstrating the extent of the impact of the bedroom tax.

With ministers in Westminster now pledged to take away from housing benefit claimants 14 per cent of their benefits where they have a spare room in a social house and 25 per cent where they have two spare rooms, BBC Wales is reporting that its own inquiries have shown there are “70 times more tenants than smaller properties available” for those affected to move to.

The report, based on a survey of Welsh local authorities and compiled by BBC Wales economics correspondent Sarah Dickins, shows that across the country more than 28,000 people are in social housing that is considered under-occupied as a result of having spare rooms.

However, there are just under 400 one-bedroom homes to move to. In four council areas – Ceredigion, Blaenau Gwent, Monmouthshire and Torfaen – there are, the report notes, “no one-bedroom houses available with local housing associations”.

Coupled with the 70,000 families or individuals currently on the social housing waiting list in Wales, the devastation being imposed on Wales by the bedroom tax is clear for all to see.

Whilst so much of what Westminster is trying to do is, in Cameron’s words, about injecting fairness into the system, the impact of the changes in Wales is now also increasingly being seen through the lenses of it breaking entire communities up.

In its report, the BBC highlights the case of 43 year old Dennis Tranter who lives in a family home on the Cefn Golau estate near Tredegar, Blaenau Gwent, where he lived with his mother and father and six brothers and sisters. His mother, however, passed away last year and he has two spare rooms which means he is expected to move house or face a 25 per cent cut to his housing benefit.

“It would be devastating [to move] because I’ve been here all my life basically I’ve built a home here and I don’t want to give it up. I know everyone and they’ve grown to know me.The neighbours are tidy and I get on with everyone up here.”

Picking up on the devastation being inflicted on Welsh Communities, John Puzey, director of Shelter Cymru, has said:

“We are talking about people here who have lived in these communities for a long time and I know housing managers are really worried that long-term residents and stable neighbourhoods will be forced to move on.

Concurring with the sentiments, a spokesperson for the Welsh government has outlined the concerns of housing minister, Carl Sargeant, over the “devastating impact” it will have “on many poorer households across Wales.” The spokesperson continued:

“The Welsh government is committed to doing all it can to ensure that the change does the least possible damage to our communities. However, we are under no illusion. We know that people will suffer hardship and this will put even more pressure on public services that are already straining to cope due to the current financial climate.”

An assessment by the Department for Work and Pensions suggests that Wales will be hit proportionately the hardest by the bedroom tax with 46 per cent of social sector tenants likely to be affected by the tax.

49 Responses to “The bedroom tax is already ruining Welsh communities”