The files released from the International Consortium of Investigative Journalists (ICIJ) may finally put faces to the offshore accounts scandal whose numbers are quite astounding. A recent report by the Tax Justice Network found that the equivalent to the total combined GDP of U.S. and Japan is being hidden away by those rich enough to use offshore accounts. 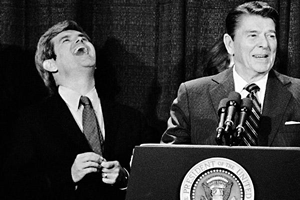 The files released from the International Consortium of Investigative Journalists (ICIJ) may finally put faces to the offshore accounts scandal whose numbers are quite astounding.

A recent report by the Tax Justice Network found that the equivalent to the total combined GDP of U.S. and Japan is being hidden away by those rich enough to use offshore accounts.

Let us put that into plain English: the world economy is being robbed of 30 per cent of its potential total tax receipts by the top 1 per cent.

The report adds that while the world economy collapsed, “high net worth” customers grew fortunes in part from these accounts from $5.4 trillion in 2005 to more than $12 trillion in 2010: the size of the U.S. economy.

This seems to be the missing piece in the puzzle of the split economy we have been living through in the developed countries over the last 30 years and shown most clearly in the U.S. – why has most of the benefit of growth in this period been gained and kept by society’s wealthiest? 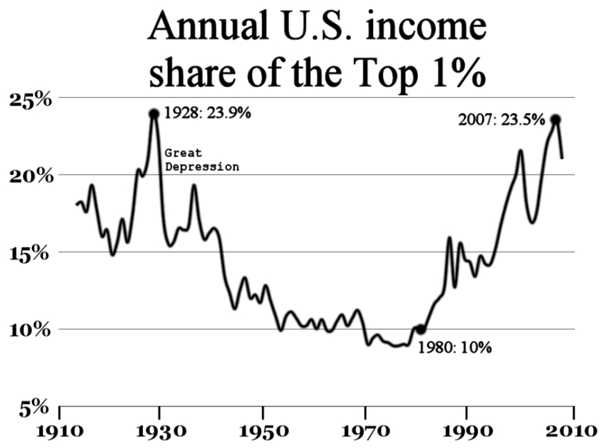 The obvious answer is in the greater ability of the rich to claim a greater share of income through the restructuring of the economy; but if our tax systems had been working properly then there would have been a greater re-distribution of income which redressed the balance and from which we all benefited.

This is the great trickle down effect highly prized by right leaning economists when expounding us to just let the wealth owners go and make more wealth and we would all benefit.

As the below graph drawn from Hacker and Person’s Book Winner-Take-All Politics clearly demonstrates, this has not actually taken place in the US regardless of the government. 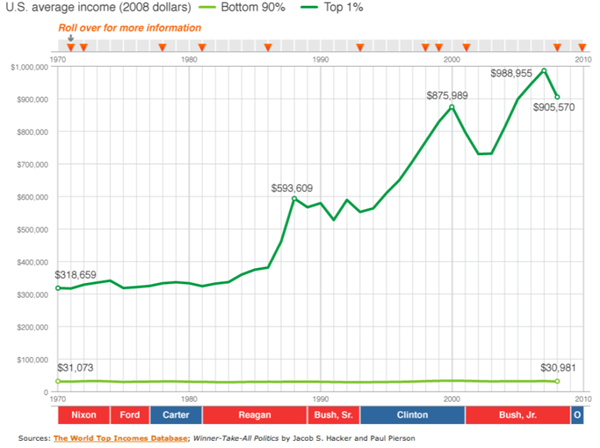 In discussing the tax burden of the top 1 per cent of wealth owners we are only looking at the visible wealth seen by the tax authorities, with the dark matter of offshore non-taxed income making a mockery of the whole system, as the latest release of the ICIJ showing 175,000 UK companies using offshore registered directors illustrates so clearly.

This ultimately makes any comparison of the tax paid by the top 1 per cent compared to the other 99 per cent as nonsensical. Tax avoidance is not a policy pursued by a few, but due to the size it must be seen as a systematic fault in the economic modeling of our social contract that is the foundation of a fair and just society: That we all contribute to our society depending on our means.

Does it make any sense now to base our economic models and tax systems on attracting this super rich when we now know that a large amount of that wealth will be of no benefit to our societies and will quickly leave our boarders?

In the UK we have a really pressing decision: do we carry on with a laissez-faire tax policy leading to a state of affairs similar to the U.S. where the six heirs to the Walmart empire possess a combined “known” wealth of some $90 billion which is equivalent to the total wealth of 30 per cent of the lowest population of the U.S. society?

Or, do we take a more mature, ethical attitude and ask those who want to participate in this countries rich and vibrant culture to see the payment of taxes as a badge of honor to as their investment in our society?

Recently I spoke to a friend who after years working in Norway returned to the U.K. He was mortified that the first person he met after starting his new position in the U.K. firm was an accountant employed to work out how best to structure his business to avoid tax.

Isn’t that the culture right there that we must address? After all, what have we to lose, except lost taxes?