No. Obviously not. Saying such a thing would constitute sensationalist reporting of the crudest kind, and I'm not going to resort to that. But remember this: 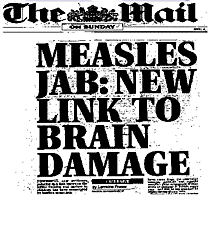 No. Obviously not. Saying such a thing would constitute sensationalist reporting of the crudest kind, and I’m not going to resort to that. 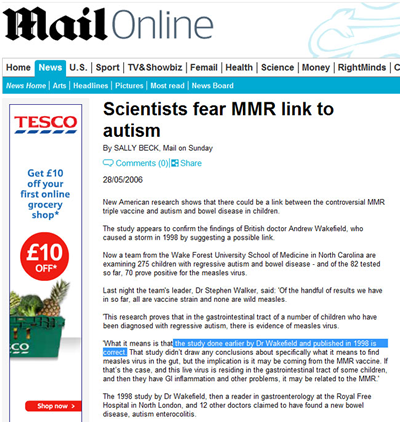 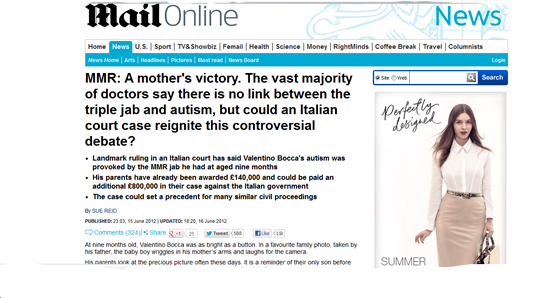 The “evidence” reported by the Daily Mail in the above instances turned out of course to be nothing of the sort, and was completely discredited years ago.

The “stories” came after the Lancet had published a study in 1998, led by Dr Andrew Wakefield, which linked the MMR jab with autism and bowel disease.

The Lancet, which originally published the research linking autism and MMR, issued a full retraction of the paper in 2010, describing it as “false”. Dr Wakefield was later struck off from the medical register for “offences relating to dishonesty and failing to act in the best interests of vulnerable child patients”.

Three years on, however, and the consequences of the scaremongering about MMR and autism are still being felt.

This week it was reported that a measles outbreak in Swansea has reached 588 cases, with the number of those contracting measles increasing by 116 in a single week with 51 people hospitalised. Measles is a disease which can cause brain damage and death in children.

Dr Roland Salmon, a consultant epidemiologist from Public Health Wales, told the BBC that local GPs were seeing a lot of children aged between 10 and 15. He added that they would have been the babies who missed out on the vaccine following the now-discredited 1998 report linking the MMR jab and autism.

The graphs below show the rough correlation between immunisation levels and rates of measles. 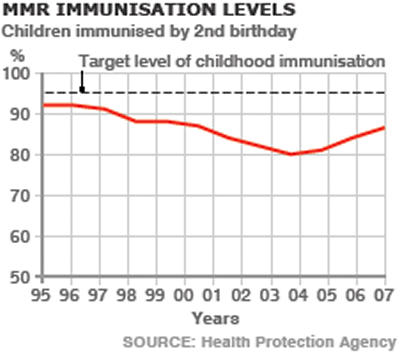 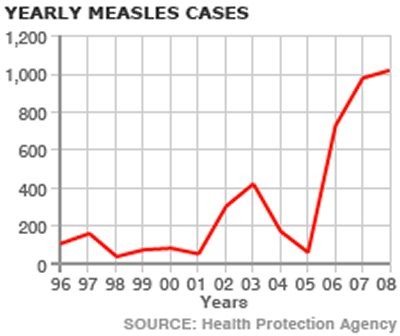 And this one shows that the UK has the fifth highest proportion of measles cases in Europe. 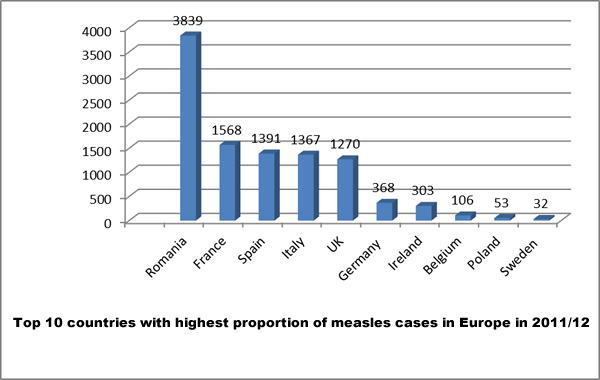 Source.
And to think, it was expected by the World Health Organisation as recently as 2008 that measles would have been eradicated by now. If some of our newspapers had behaved a bit more responsibly, it might have been.
But of course it goes on. Here’s what I find via a quick search today. Date: 15 January 2013. 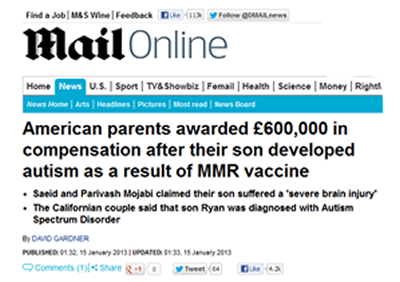 I think it’s best simply to leave you with the words of Public Health Wales in this instance: it said that it was “just a matter of time” before a child was left with serious and permanent complications, such as eye disorders, deafness or brain damage, or even dies.

45 Responses to “Is the Daily Mail killing children?”