When one third of government ministers have links to either the fossil fuel industry itself or to financial sector firms dependent on high carbon investments, the likelihood of meaningful government regulation of the City’s fossil fuel funding shenanigans look slim. 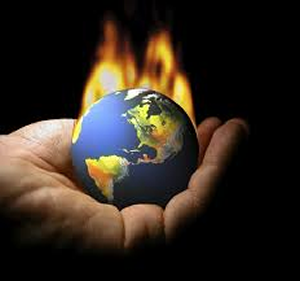 Alex Scrivener is a policy officer at World Development Movement

The UK financial sector is addicted to carbon. While the world teeters on the edge of irreversible climate change, banks, pension funds and other institutional investors risk subjecting billions of people to increased drought, famine and flooding through their investment activities.

Long term planning is not typically something big finance does well. So unless they are strictly regulated, investors are unlikely to change their behaviour before it’s too late.

But when one third of government ministers have links to either the fossil fuel industry itself or to financial sector firms dependent on high carbon investments, the likelihood of meaningful government regulation of the City’s fossil fuel funding shenanigans look slim.

But many more have links to the financial sector which lobbies hard for the continuation of the “light touch” regulation allowing banks and equity funds to get away with irresponsible investment activity.

Take chancellor George Osborne. He is one of the most heavily lobbied people in the government and has met with representatives of big banks like Barclays and representatives of the fossil fuel industry many times since becoming chancellor as well as accepting donations from people like hedge fund tycoon Michael Hintze.

Is it any surprise that it is Osborne who is often cited as a roadblock to green measures?

Foreign secretary William Hague has also hit the headlines for lobbying on behalf of Tullow Oil to help them avoid a £175 million capital gains tax bill in Uganda.

Hague worked at Shell in the 1980s and, like Osborne, also accepted non-cash donations from Hintze, whose firm CQS runs a number of funds focussed on fossil fuel investments.

This web of influence extends far beyond frontbench ministers, though.

Last year, the Bureau of Investigative Journalism revealed that one sixth of members of the House of Lords had paid links to the financial sector; and research by the World Development Movement has revealed that all five big UK banks have people on their boards linked to both fossil fuel industry and government.

In turn, the boards of the top four UK oil and gas companies and the top four mining firms all include former government officials and representatives from the financial sector.

So with fossil fuel interests so intertwined with those of the City, something needs to happen to end the free-for-all on fossil fuel investments.

With global emissions rising and millions of people in developing countries already feeling the effects of climate change, politicians need to wake up to the fact that they’re going to have to rein in their City backers and rediscover the lost art of regulation.