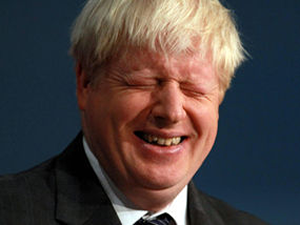 Boris Johnson released his new Policing Plan today. To mark the occasion he has written about his glorious record at cutting crime in the Daily Telegraph:

“In London virtually every single crime type is down – everything including violent crime, car crime, vandalism, knife crime, youth violence, burglary, murder and robbery. It came down under my predecessor, and crime has fallen a further 13 per cent since I have been mayor.”

This just isn’t true. Violent crime, car crime, vandalism and murders have all come down in recent years. However, Knife crime, youth violence, burglaries and robberies have all gone up.

Here’s the latest full year totals of crimes recorded by the Metropolitan Police so you can judge for yourself.

So robberies have gone up to an even higher level than they were when he was first elected.

There has been a 15 per cent rise in knife crime over the last few years according to these figures given to Parliament. (pdf)

Serious youth violence has also gone up in recent years according to these figures released under Freedom of Information.

The only way that Boris can claim that robbery, burglary, knife crime and youth violence are down is by cooking the books.

“measuring crime in this way is seriously problematic and masks crime trends during his own time in office”.

As it clearly does when you look at the above figures.
The broader trend on crime is better for Boris. Here are the total recorded crimes over recent years.

So crime has come down in London over recent years. However, it has only come down by about 5 per cent, not by the 13 per cent claimed by the Mayor.

Now there was a big drop in crime around the time of the Olympics last year, but even if you take the latest monthly figures, there has still only been around an 8 per cent drop in crime since 2008.

My only criticism of Eddie Mair’s interview with Boris yesterday is that it was yet another interview in which he wasn’t questioned on his actual record.

The BBC had to go all the way back to his time with Michael Howard to find an example of his dishonesty.

Anybody who has followed his time as mayor knows that there are plenty more examples closer to hand.