There was an increase in the level of CO2 and greenhouse gas emissions in 2012, with UK net emissions of carbon dioxide 4.5 per cent higher than 2011, figures out today reveal. 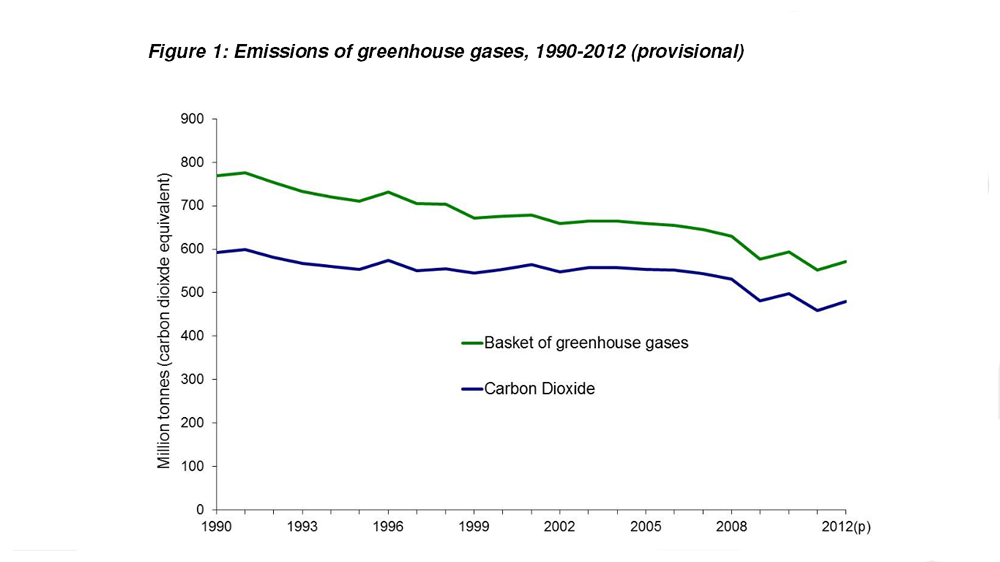 The government presided over  an increase in the level of CO2 and greenhouse gas emissions in 2012, with UK net emissions of carbon dioxide 4.5 per cent higher than 2011, figures out today reveal.

In 2012, UK emissions of the six greenhouse gases covered by the Kyoto Protocol were also 3.5 per cent higher than in 2011.

The increase in CO2 emissions between 2011 and 2012 resulted “primarily from lower use of gas and greater use of coal for electricity generation at power stations, combined with an increase in residential gas use”, the statistical release said.

“The two best things it could do in order to redeem itself are support Tim Yeo’s Energy Bill amendment which would remove carbon from the electricity sector by 2030, and put an end to coal burning.”

Mike Childs of Friends of the Earth said the introduction of a decarbonisation goal in the Energy Bill was “critical”.

“As is urgent action to cut emissions and fuel poverty through a comprehensive energy efficiency programme,” he said.

So much for the greenest government ever.

3 Responses to “‘Greenest government ever’ presides over emissions increase”