The press needs to focus less on Boris the man and more on Boris the Mayor. If Boris’s case proves anything it is that clownery, like charisma, can prove all too neat a distraction from a politician’s record in office and their policies. This is a dangerous trap for the media and the electorate to fall into. 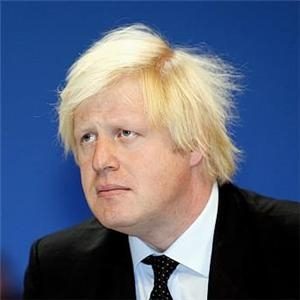 Eddie Mair did what few journalists have thus far managed to do: find a chink in Boris Johnson’s armour.

No doubt Johnson expected that his usual arsenal of bumbling buffoonery, humorous soundbites and foppish charm would allow him to walk the another interview as easily as he walked into voters’ affections.

But in landing three damaging blows – on making up a quote for the Times, lying to Michael Howard, and the Darius Guppy phone call – Mair achieved the almost impossible and made the dirt stick to the teflon-coated Mayor.

This, of course, is all personal and not political. But Johnson has received an extremely easy ride in the press thus far because of his humorous character. If Mair’s interview has one positive effect, it will be a more sharply critical analysis of his policies and record.

Much like his party in government, he has made the lives of London’s poor worse. Notably by allowing bus fare hikes of 50 per cent, a policy which not only discourages people from taking greener public transport but hits poorer commuters seeking to avoid high tube fares.

Meanwhile Boris axed the western extension of the congestion charge, a key Livingstone policy to bring down pollution and traffic.

The Mayor’s costly answer to environmentally friendly transport for the people – the famous Boris Bike scheme – is largely used by white professional men aged 25 to 44 and earning more than £50,000 a year. Hardly peddles for the proles.

And as Adam Bienkov shows, far from the glowing record on crime Boris would like to present, knife crime, youth violence, burglaries and robberies have all gone up under his watch.

If Boris’s case proves anything it is that clownery, like charisma, can prove all too neat a distraction from a politician’s record in office and their policies. This is a dangerous trap for the media and the electorate to fall into.

Personally, I find Boris funny. I liked him on Have I Got News For You and I would like to see him return to comedy as soon as possible by quitting politics.

Unfortunately, despite his obfuscation, it is clear that Boris has one more job in mind before he exits front-line politics.

And if Boris is to be the next leader of the Conservative party, the press will have to significantly up their game in holding the clown to account.

3 Responses to “Boris Johnson: fears of a clown”