Carl Packman reviews AC Grayling's The God Argument: The Case Against Religion and for Humanism by AC Grayling. 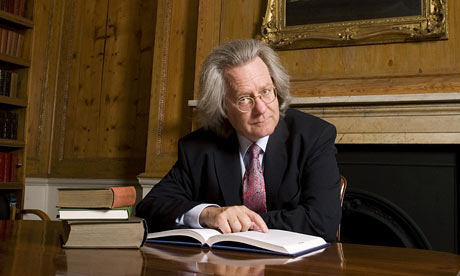 Book review: The God Argument: the Case Against Religion and for Humanism by AC Grayling

You may have thought that the annoying elitist liberalism of the New Atheist contingent had died down for a bit. Whenever Richard Dawkins is heard of these days, it’s not to go forth on newly researched development in the field of evolutionary biology, or indeed ethology, but usually follows some playground-esque attack on Christians.

However the trendy horsemen of the apocalypse are back, this time with a fifth member, AC Grayling, the man who brought you The New College of the Humanities, with his new book The God Argument: the Case Against Religion and for Humanism.

Smarting from his hypocritical call for both education as a good in itself which, in his words, “should be provided free of charge to all those suitably qualified for it”, while setting up a college that costs £18,000 per year in fees, Grayling is settling himself in nicely as the latest member of the New Atheist clan.

Of course, Grayling has always been knocking about in this circle. His books Against All Gods: Six Polemics on Religion and an Essay on Kindness and The Good Book: A Secular Bible all deserve to be bracketed among The God Delusion, God is Not Great and the others, though something always marked Grayling out.

Instead of dealing with the everyday lives of the religious, or presenting a primary school level knowledge of theology, Grayling instead positively put forward the case for rationalism.

In his other books this image of Grayling, as somebody who dealt with bigger questions, rather than reducing people of faith to a single irrational type, placed him in higher esteem than his non-religious, academic peers.

With this new book he is losing himself.

Even as an atheist myself, one of the most vexing elements of the New Atheist schtick was their capacity to write off secular barbarism as quasi-religious, thereby pretending there was something inherently rational and enlightened about non-religious people, while non-religious people who acted contrary to those high ideals were simply religious by any other name.

The crimes of Stalin and Hitler, for example, though carried out by non-believers in countries that often banned religions or at least persecuted members of them, are considered by Dawkins in The God Delusion to be the outcome of idol-worshipping, therefore quite in-the-name-of-religion.

Grayling as a dyed in the wool left-liberal has his own hangs-ups about the authoritarianism of Communism and Fascism, and he has previously dealt with these concepts with aplomb. In his new book, however, his characterising its crimes as “counter-Enlightenment” implies that there was something anti-scientific about them, something perhaps pre-modern.

But crimes done in the name of Communism and Fascism are far worse than this. Indeed those crimes were carried out using terrifyingly modern means. Stalin for example wanted to create “a new invincible human being, insensitive to pain, resistant and indifferent about the quality of food they eat.”

In so doing, such soldiers would not have been subject to the same element of guilt or emotional attachment, which may have conflicted with fighting a fellow man, as other humans.

Hitler, too, felt himself and his project to be at the forefront of scientific greatness.

There is nothing contradictory between the Enlightenment project of changing society and modifying human behaviour through modern means and the Communist project of making man free through labour.

That Grayling supposes there is a contradiction here highlights just how forced his claims have to be in order to draw up a dividing line between good (enlightened non-believers) and bad (irrational religious and quasi-religious authoritarians).

The nature of the crimes of Stalin and Hitler do not have to be difficult for us to understand. Evil people have the capacity to do evil in the name of trying to better human society (however erroneously), just as much as they do by how they perceive the word of God.

Or, in short, there is good and bad in everyone, no more so than with atheists and believers.

In such horrific instances, what is missing is not an appreciation of modernity and all it has given us (John Gray once described what was so frightening about al Qaeda as not its medievalism but its ability to act as a virtual business corporation, as a byproduct of globalisation and its ability to organise global crime and hold pools of offshore wealth), but the human propensity toward doing unto others as you would have them do to you.

However if you make money writing books about how there is a great gulf between people who follow religion and those who are atheists, then this truism really won’t help you much.

8 Responses to “Book review: The God Argument: The Case Against Religion and for Humanism by AC Grayling”