London Mayor Boris Johnson and energy secretary Ed Davey must do more to ensure Londoners aren't left out in the cold by rocketing energy bills. 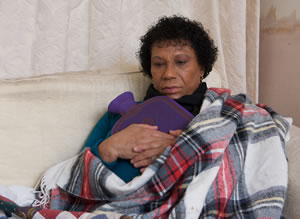 Murad Qureshi AM is a Labour member of the London Assembly

Today is Fuel Poverty Awareness Day, yet with energy prices skyrocketing by up to 11 per cent this winter it is unlikely many people are unaware of this growing crisis.

National Energy Action estimates that as a direct result of the recent round of price hikes, an additional 266,000 households were made fuel poor. That is equivalent to a town a little bigger than Stoke-on-Trent.

In London the picture is stark. Before the price hikes, well over half a million London households were fuel poor. Yet London has got a raw deal from the energy companies – and not just on pricing.

Since April 2008, energy companies have been required to deliver home insulation measures to households as part of the Carbon Emissions Reduction Target, a programme that was renewed by the coalition following the election.

However, figures from the Energy Savings Trust show that while 14.7% of homes nationally have received measures, the number for London is only 7.2%.

London has been hindered because it is in general more expensive to insulate homes in London due to the higher occurrence of solid wall properties and flats. Despite their huge profits, this has given energy companies little incentive to retrofit homes in London when they can do it much cheaper in other regions.

The energy companies’ shortfall has been matched by a failure of the mayor to deliver his own target to retrofit 200,000 homes in London by 2012. In the end, the Mayor delivered in 88,000 homes.

What is worse, from this April the Mayor will no longer be directly funding home retrofit measures and will instead rely on those very same energy companies to retrofit London homes once the new Energy Company Obligation and Green Deal are fully introduced.

This is a dangerous strategy and one that could leave Londoners cold.

CERT essentially failed due to the lack of regional targets compelling energy companies to deliver their obligations in London – allowing a flight of measures out of London and into the regions where retrofitting was cheaper. But despite the stronger focus on solid wall insulation within ECO, these regional targets are still absent. Furthermore, the lack of interest so far in the Green Deal should be a worry for the Mayor.

But the situation is worse than that.

As a result of the gap between the end of the existing retrofitting schemes and the new schemes becoming fully functional, the Insulation Industry Forum predicted 625 jobs will be lost in London during 2013.

The energy secretary, Ed Davey, has failed to commit to introducing regional targets. Given the evidence, this should be a minimum assurance he – particularly as a London MP – should be instituting within the scheme. Without this the government is letting down hard pressed households who could desperately use a little help to reduce their energy bills.

• Fuel poverty and social inequality should be the focus – not fuel cost – March 17th, 2011