It seems increasingly likely that the Labour Party plans to fight the 2015 election on a platform of retaining Britain's nuclear deterrent. Instead it ought to consider the innumerable better things the money might be spent on. 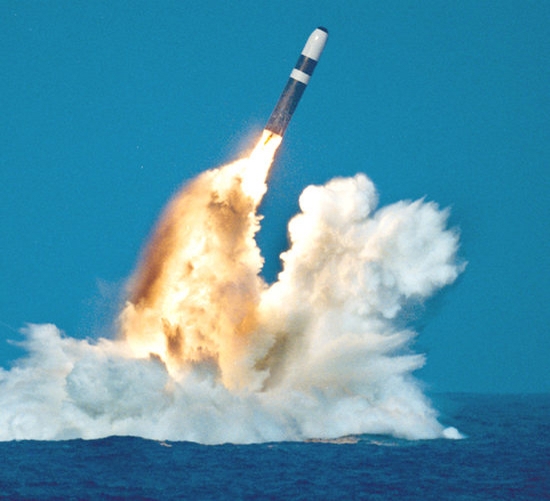 Despite a spokesperson for the Labour Party saying that it will look “with an open mind” at the renewal of Trident, it seems increasingly likely that the party plans to fight the 2015 election on a platform of retaining Britain’s nuclear deterrent.

According to the Independent, “there are growing signs that Labour will join the Conservatives in backing a £25billion ‘like-for-like’ replacement”.

Despite murmurings from some Liberal Democrats, the coalition is already intent on renewing a weapons system which, if ever deployed, would result in the deaths of thousands if not millions of human beings.

A costing commissioned by a cross-party group of MPs – which included  former defence secretaries Malcolm Rifkind, Labour’s Des Brown and Menzies Campbell – says the full cost of replacing Trident will be £83.5bn.

Savings could be spread over years until 2062 of course; but that would still mean spending £1.86bn a year on the project.

To put this amount of money into some sort of perspective, George Osborne’s first “emergency” budget planned for cuts of six billion pounds; on the back of which public sector workers also faced a three per cent rise in their pension contributions to save the state just under two billion.

In terms of  where the money that is being spent on Trident might alternatively be used, a modern state-of-the-art hospital costs in the region of £545 million to build (which, as it happens, would save thousands of lives a year rather than stand-by ready to exterminate them), and to give free school dinners to all children in families in receipt of Universal Credit would cost around £500 million per year.

And according to the Institute for Public Policy Research (IPPR), the cost of universal childcare would be £6.7bn. 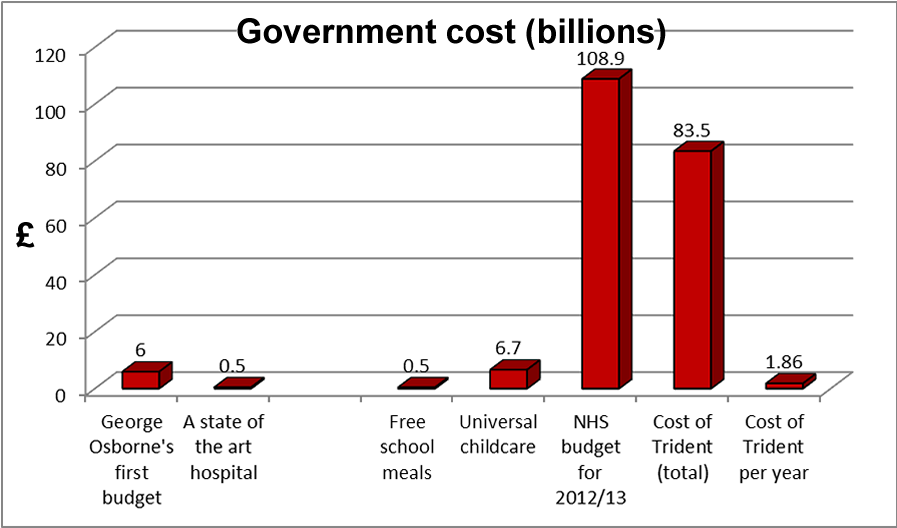 Commenting on the cost to the taxpayer of Trident, CND general secretary Kate Hudson told Left Foot Forward it was “impossible to see any justification for spending over £100 billion on a Cold War weapons system which senior military figures describe as useless.”

“The opportunity costs are massive, whether you look at the impact on health, education, social services, or indeed other elements of the defence budget – troops have already been cut in their tens of thousands,” she said.

As for the contemporary security threat, back in 2009 a letter sent to The Times signed by a group of senior military officers – figures not known for pacifist tendencies – said the following:

Anyone who has ever cracked a joke about nuclear weapons, or reflected on what we might do with them were we to go to war, or who has accepted them as an everyday part of civilisation, like the car or the internet, ought to ponder for a moment the innumerable better things the money might be spent on.

36 Responses to “Trident: Where the money might better be used”