The coalition's opposition to a 2030 target is short-sighted, dangerous and hypocritical. The measure has cross-party support as well as the backing of business. 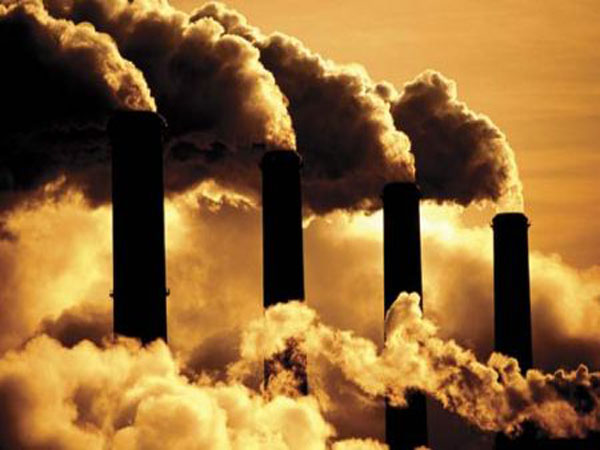 A debate is currently taking place in Westminster on an issue of fundamental importance to the future of Britain’s energy system.

The policy in question has previously enjoyed the support of the prime minister and the secretary of state for Energy and Climate Change, Ed Davey.

The business community are overwhelmingly in favour.

It is supported by the Tory chairmen of both the independent Committee on Climate Change (CCC) and the parliamentary Select Committee—John Gummer and Tim Yeo respectively.

Yet, the coalition looks set to vote it down.

The issue is whether the government should introduce a target to decarbonise the power sector by 2030 to a level of 50 grams of carbon dioxide per kilowatt hour of electricity (i.e. 50gCO2/kWh) from 486gCO2/kWh at present. Britain’s legally binding commitment to cut its carbon emissions by 80 per cent against 1990 levels by 2050 is predicated on decarbonising the power sector first.

This is essential if we are to electrify our transport and heating systems after 2030 as planned.

Lord Deben, better known as John Gummer, wrote to Ed Davey in his first act as chair of the CCC last September outlining his support on the grounds that, “[it] would provide more confidence about the direction of travel for the power system … therefore bringing forward low-carbon investments required to meet carbon budgets at least cost to the consumers.”

In other words, unless we want to tear up the cross-party Climate Change Act from 2008, which only five MPs opposed, we need to go down this route for the good of energy bill payers. New research by IPPR shows that a 50g target, which reduces the amount of polluting gas on the system, would insulate consumers from the volatility and rising cost of gas.

Scores of businesses back the target including Asda, Cisco, Microsoft, Siemens, and Unilever. Indeed, Ed Davey has told Parliament that, “the vast majority [of businesses] do appear to support a decarbonisation target on the Bill.”

Labour set out its support last year and a joint statement in favour of the amendment, published last week, gained the support of the Quakers, the Methodist Church, the RSPB, the TUC as well as a number of green companies and environmental NGOs.

Given this overwhelming support, it was little surprise that chief secretary, Danny Alexander, proposed a motion to Liberal Democrat conference last September which has now become their policy, calling for the coalition to establish “a target range of 50–100g of CO2 per kwh for the decarbonisation of power sector by 2030”.

Even the prime minister, in a 2010 exchange with Tim Yeo, said he accepted the “basic proposition” that electricity generation should be substantially decarbonised by 2030.

So what has happened? It appears that a backroom stitch up between Ed Davey and George Osborne took place last November.

Osborne has been implacably opposed to new carbon targets, despite the available evidence, and wrote to Ed Davey to say as much last summer. To save face it was agreed that the Energy Bill would include provisions to establish a decarbonisation target but only if it was delayed until 2016.

Few believe that the Tories would actually take up this power if they won the next election.

But the moratorium is already spooking investors. The UK Energy Research Centre point out that “The absence of a 2030 decarbonisation target in the Bill may not persuade investors of the need for new manufacturing assets in the UK, as there is a risk that these could be stranded after 2020 once the current targets have been met.”

Meanwhile, Andrew Horstead, a risk analyst for Utilyx, said, “delaying the decision on the 2030 target until 2016 sends out rather mixed signals.”

To address these concerns, Tim Yeo and Labour’s Barry Gardiner have jointly laid an amendment calling for a target to be in place by April 2014. The Labour party will support the target. To pass it will need to overturn a government majority of 78.

Given that a 2030 target is Lib Dem policy, a number of their 33 backbenchers may feel obliged to vote in favour of the amendment.

Pressure is already building as Friends of the Earth’s Guy Shrubsole tweeted the names of a list of MPs last week who are committed to the target. They include three Lib Dems on the government payroll – deputy leader of the House Tom Brake, assistant whip Mark Hunter, and Vince Cable’s PPS Tessa Munt.

Since there may not be enough Lib Dems to defeat the government alone, up to 16 Tory rebels will  be needed depending on what the DUP decides to do. Alongside Tim Yeo, Zac Goldsmith can be expected in the pro-target lobby but others may be alongside him.

David Amess and Graham Evans have both publicly supported the target and Peter Bottomley has co-sponsored a supportive early day motion.

It is, of course, absurd that campaigners need to scrabble around to find MPs that already support a policy which enjoys business and expert support. But given the intransigence in the Treasury, this is the sad state of British energy policy.

7 Responses to “Coalition opposition to a 2030 target is short sighted, dangerous and hypocritical”