Less than one in 100 of the coalitions infrastructure projects are finished, according to figures which will be put to the government by Labour tomorrow. 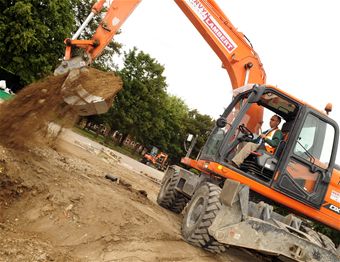 The coalition has failed to invest in infrastructure and just one in 100 projects have been completed, according to a new analysis of government data.

Just seven of the 576 infrastructure projects (1.2 per cent), including things like roads, rail, nuclear, offshore wind and broadband have been ‘completed’ or ‘operational’, according to figures Labour will present to the government tomorrow.

Of those projects that are finished, most are road schemes which were started under the previous government.

Just 18 per cent of the  coalition’s infrastructure projects have been started or are ‘in construction’ or ‘under construction’.

Tomorrow Labour will accuse the government of reducing capital investment to a level that is £12.8 billion lower than the plans George Osborne inherited from the previous government.

“They slashed infrastructure investment by £12.8 billion compared to the plans they inherited, which even Nick Clegg has admitted was a mistake,” said Labour’s shadow chief secretary to the treasury Rachel Reeves MP.

“Now is exactly the right time to be making these investments. Not only would it help to kick-start our flatlining economy and get construction workers back to work, it will also make our economy stronger and more productive for the future,” she added.

Labour will also call on the government to build thousands of affordable homes.

Figures released at the end of last year revealed that starts for affordable home ownership were down 80 per cent from 3,197 to 629 since 2010, while starts for social rent were down 95 per cent (see graph). 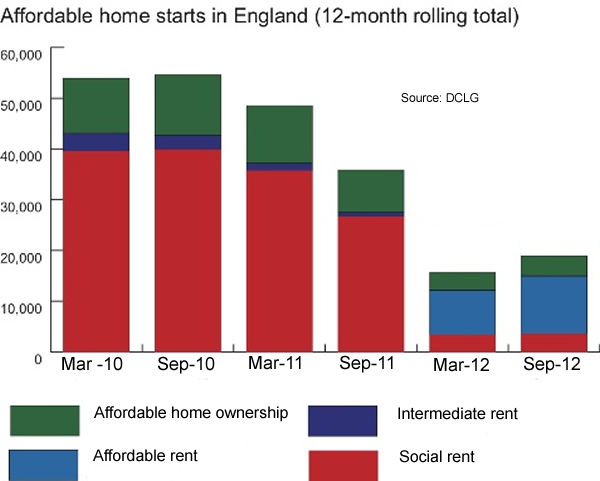