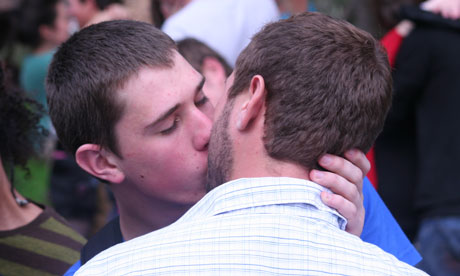 Opposition to equality for gay, lesbian and bisexual people is nothing new.

The difference today is the language. Not so long ago, MPs were willing to stand up in the House of Commons and liken gay people to “pimps”, “prostitutes” and “spivs”.

Homosexuality was deemed “uncivilised”, and love between consenting adults was labelled a “perversion”.

Here, then, are a few choice quotes from those MPs and peers who have in the past opposed efforts to bring about gay equality:

“I am rather tired of democracy being made safe for the pimps, the prostitutes, the spivs, the pansies and now, the queers. It is high time that we ordinary squares had some public attention and our point of view listened to.”

“If, as would appear to be the case, the homosexual condition is a form of emotional retardedness—and this is the most accurate description one can put on it—people who are vulnerable to pressures during adolescence must be protected.”

“Only last week I received complaints in my surgery from parents who said that a homosexual recently appointed to a school makes up his face in school in front of the children, and they object to that.”

“I do not regard the practice of sodomy or buggery as being civilised.”

On the Sexual Offences (Amendment) Act 2000 equalising the age of consent to 16 for both gay and straight partners:

“I am grateful to my hon. Friend. She is seeking to persuade hon. Members to vote to legalise the buggery of adolescent males. Does she think that that is what our constituents have sent us here to do?”

“I cannot believe that there are many parents who prefer their son to be homosexual rather than inclined to favour women. It is contrary to the male nature.”

“If gay marriage was OK – and I was uncertain on the issue – then I saw no reason in principle why a union should not be consecrated between three men, as well as two men; or indeed three men and a dog.”

“We don’t want our children being taught some rubbish about homosexual marriage is the same as normal marriage.”

“@GABaines: If you don’t like gay marriage, don’t get married.” Del Thomas: Silly argument. I don’t like peadophiles should we allow them too?

MPs will vote at 7pm tonight on whether to allow same-sex marriage. Check out Left Foot Forward’s five reasons why conservatives should back gay marriage.

One Response to ““The pimps, the prostitutes, the spivs, the pansies, and now, the queers”: A short history of anti-gay prejudice”