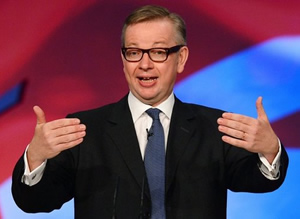 • With the new term in full swing (snow permitting), Michael Gove’s Ebacc reforms have come in for renewed criticism.

Shadow education secretary Stephen Twigg today said the plans risk “ushering in a decade of economic decline”, taking Britain back to a ’19th-century education system’, and wreaking “serious long term damage to our economy. Writing on Left Foot Forward yesterday, Twigg outlined Labour’s plans for a “true baccalaureate approach in education” that will “strengthen Britain’s educational and economic standing in the world”.

Previously on Left Foot Forward, we have warned of how Gove’s Ebacc will marginalise school sports and threaten the Olympic legacy, and marginalise arts in schools. For more on the campaign to change Ebacc and save the future of creativity in schools, see the “Bacc for the Future” campaign here.

• David Cameron will deliver one of the most important speeches of his political life in Amsterdam tomorrow morning, on the issue that splits the Tory Party like no other – Europe.

The build up has been immense, as the prime minister tries to appease the Eurosceptics in his party and the right wing press, his pro-Europe Lib Dem partners, his European allies, and the US, which recently voiced concern at rising anti-European sentiment. Cameron clashed with Ed Miliband at this week’s Prime Minsiter’s Questions on the topic, reviving the ghost of John Major.

On Left Foot Forward earlier this week, Tony Burke wrote of the “gathering EU storm” for Cameron, and the very real fear that the rest of Europe will force the issue and turn round and ask: “Make your minds up – are you in or out?!”

Today, Sue Marsh wrote of the changes to Employment and Support Allowance sneaked in by the government, explaining how, although these changes have been advertised as small ‘amendments’, they will in fact have a huge impact on the way people’s illnesses and disabilities are assessed – many vulnerable people’s needs will suddenly be able to be overlooked or ignored, meaning they could end up losing the support they desperately need to manage their conditions.

Progressive of the Week

Former Northern Ireland secretary Peter Hain, who this week called on the government to do more to engage with the Loyalist community to bring a halt to the flag-related disturbances of recent weeks. Read our report here for more.

Regressive of the Week

Communities secretary Eric Pickles, who delivered a speech on integration this week devoid of serious policy debate and riddled with Daily Mail prejudices – full of hot air and rhetoric, light on detail and ideas. Read our report here for more.

Evidence of the Week

The report by the Scottish Parliament’s health and sport committee, an inquiry into “Support for Community Sport”, published yesterday, warning of fears over the legacy of the 2014 Commonwealth Games in Glasgow. Read our report here for more.