A glimpse into the everyday lives of teachers, looking at the attitudes of teachers towards action taken by the NUT that did not include strike action. 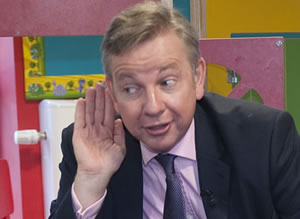 As we reach the end of term, it is time to reflect on a tumultuous year for the teaching profession, which has had to cope with, amongst other things, controversy over GCSE grading and the new English baccalaureate (Ebacc).

Amidst these events, Left Foot Forward has glimpsed into the everyday lives of teachers with these case studies, which look at the attitudes of teachers towards action taken by the NUT that did not include strike action.

The accounts are anonymous for the simple reason that teachers do not wish to publicly identify themselves as being critical of their head teachers.

In this context, we gain some insight into some of the nuances and difficulties of modern teaching.

A theme that recurred throughout was that of observations, of teachers having their lessons inspected.

This anonymous submission from a secondary school representative on the October 22nd explains:

“At the beginning of the academic year, it was proposed that we move to a system of four observations; one by a senior leader, one by a middle leader and two more by other colleagues. We made joint representations with the NASUWT and it was agreed that we would have up to three observations as described in the NUT/NASUWT instructions.”

And another submission from a separate secondary school representative on the October 16th fleshes out this picture with the impact on teachers:

“Staff would continue to be observed too often, without adequate notice, nor with agreement over the lesson to be seen.”

This clearly can, and does, have an impact upon the priorities within schools, as the previous submission continues and says there was a:

“…focus on Ofsted categories rather than performance management objectives.”

While this submission, from the 19th, details an even grimmer situation, where teachers are under the yoke of school governors:

“Despite joint unions’ instructions, management at our school was insisting on countless observations by line managers. Any teacher who refused to be observed would be given two days’ notice of an observation that would be carried out by a member of the SLT. Furthermore, governors would be informed and they would consider how much pay may be docked!”

A similar situation exists concerning meetings, whereby school staff are obliged to attend a number of meetings per week, another arrangement subject to union negotiations.

A primary school representative, in a submission from October 3rd, said of the school’s unions members:

“…they wanted to be sure that they would not be asked to attend meetings or be otherwise instructed on how they should use their PPA time.”

This strain of interference into the professional activities of individual teachers is also evident in a submission from a primary school representative on the September 24th concerning the planning of lessons:

“A new head teacher started this summer, and seems to be from the “new school”, and wants us to start in handing in planning – giving up our entire Sunday to write far too detailed plans.”

What we can draw from this survey is a picture of teachers not being treated as what they are, education professionals, but rather are being subject to excessive interference, targets and inspections.

This is yet another example of the fundamental lack of understanding at the heart of the government’s educational policy, of education, and of the teaching profession.