With different faces of rebellion being seen on either side of the Atlantic, Young Fabians chair Sara Ibrahim looks at the various aspects of political loyalty. 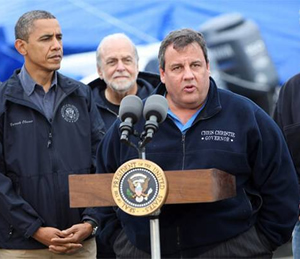 Sara Ibrahim is the chair of the Young Fabians

In politics there has been an increasing premium placed on loyalty. This has often been perceived to come at the expense of doing the right thing. If you want to climb to the heady heights of political power, then the prevailing orthodoxy has been that you follow the line of your party, regardless of whether you agree with it.

The events of recent days have therefore provoked an interesting question to one’s mind: when is rebellion a good thing? On Wednesday night, David Cameron and the coalition government suffered a blow when 53 tory rebels voted with Labour on an amendment proposing real term EU budget cuts.

For Cameron and Clegg, the timing could not have been worse. It is the eve of EU budget negotiations and their set negotiating position was for a budget freeze.

This isn’t a piece on the merits or demerits of the respective parties’ positions on the EU budget; instead it throws up a more interesting question about the value of towing the party line and when you should depart from it.

There is a tension that plays out in the minds of most politicians: Do you put your own values above those of your party? To opt to answer ‘no’ is not to be a sell out as many believe. For politicians to have any impact they have to act in concert with one another.

Those steeped in the Labour tradition in the UK will often advocate values of solidarity and collective action. Lack of discipline within a political party can therefore undermine not only the reputation of the whips and the leadership but also the ability to deliver on the manifesto commitments on which many were elected.

Despite realising this political reality of the need for party solidarity, there are principles that trump it. To me, that is the greater recognition that ultimately politics is a means rather than an ends. For those who operate in the political world to remain authentic, they must sometimes depart from the accepted script.

In support of this contention, I rely on the unexpected comments of Governor Chris Christie in support of President Obama’s reaction to Hurricane Sandy. Christie gave a keynote speech at the Republican National Convention only a few months ago in Tampa and has been hotly tipped as a future Republican Presidential candidate.

At the convention, he made it clear he saw the Republicans as the true truth tellers to the American people. In what was perhaps a portentous moment, he called for a “new era of truth-telling”.

Few could have predicted this straight talking politician meant he would be referring to Obama’s handling of the devastation visited on the east coast of America as “outstanding”. When asked by an interviewer about whether Mitt Romney would visit New Jersey, Christie gave him short shrift for focusing on presidential politics.

What are we to make of a hardened Republican like Christie overflowing with praise for Obama? Well maybe in politics there are some things more important than strategising, like putting the people you represent first. That’s why most people go into politics in the first place right?

I leave the last words on the matter to Christie:

“Right now i have nothing but praise for the way the administration has handled that, and co-ordinated with us at the state level… This is the oath I took, and I quite frankly don’t care about the election at this moment…

“I’ve got lives to protect and rebuild in my state, and if the President of the United States does a good job, I will praise him…He deserves and has earned my praise and he’ll get it, regardless of what the calendar says, because this is much more important than politics, this is the lives of the people of my state.”