More and more working people are reliant on Housing Benefit - contrary to what the prime minister claims. 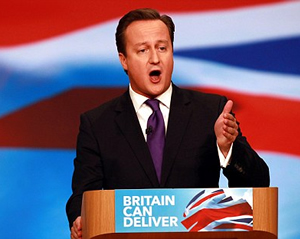 In his speech to the Tory conference this month, David Cameron described Housing Benefit as a benefit for the unemployed, decrying the fact “hard-working people who travel long distances to get into work and pay their taxes” had to watch on in silent rage as “families – individual families – get 40, 50, 60 thousand pounds of Housing Benefit to live in homes that these hard working people could never afford themselves?”

His claims were ridiculous then and are even more risible now, with a National Housing Federation report (pdf) today revealing 10,000 more working people a month need Housing Benefit to pay their rent.

There has been an 86% increase in the past three years in the number of working people reliant on Housing Benefit to help pay the rising rent on their home.

These inconvenient facts further highlight just how weak on detail and out of touch the prime minister is, looking down, sneering at and demonising Housing Benefit claimants from on high – more and more of whom are “hard-working people”.

“We now have millions of families struggling to keep on top of their rents, priced out of the housing market and nearly 10,000 more working families every month are now reliant on housing benefit to help pay their private rent. These people are the ‘strivers’ the government wants to help, yet their future is looking bleak.”

“This cannot continue; we need action now to address the causes of rising housing costs, not just the symptoms. Only by addressing the chronic undersupply of new homes can we stem the financial pressure on families and government.”

• The cost of privately renting a home has risen by 37% in the past five years, and is set to soar a further 35% over the next six years. In five years that means they will be almost a third, 29%, higher than they are now;

• Private rents are likely to be fairly stable through 2013 but could see steep increases from 2015 to 2018 of around 6% a year as interest rates rise and house prices increase;

• The weakness of the economy will see modest falls in house prices into 2013, but demand conditions will support renewed house price growth of 5-6% a year across England from 2015 to 2017;

If the prime minister can’t even get the basics on Housing Benefit and housing policy right, it’s doubtful the above stats will ever improve on his watch.